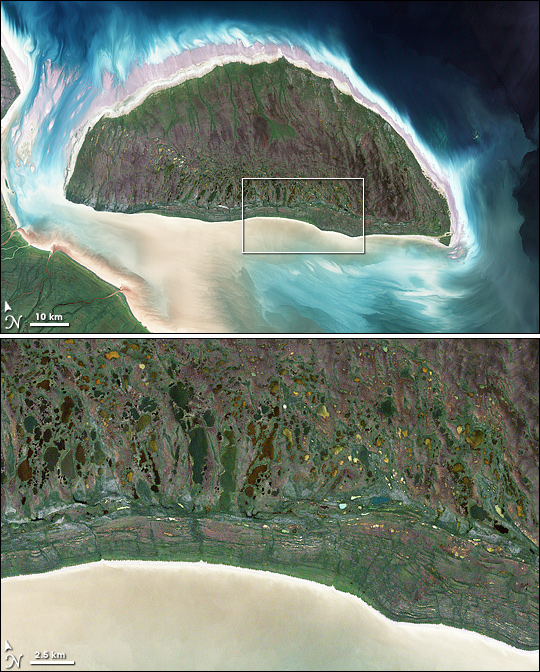 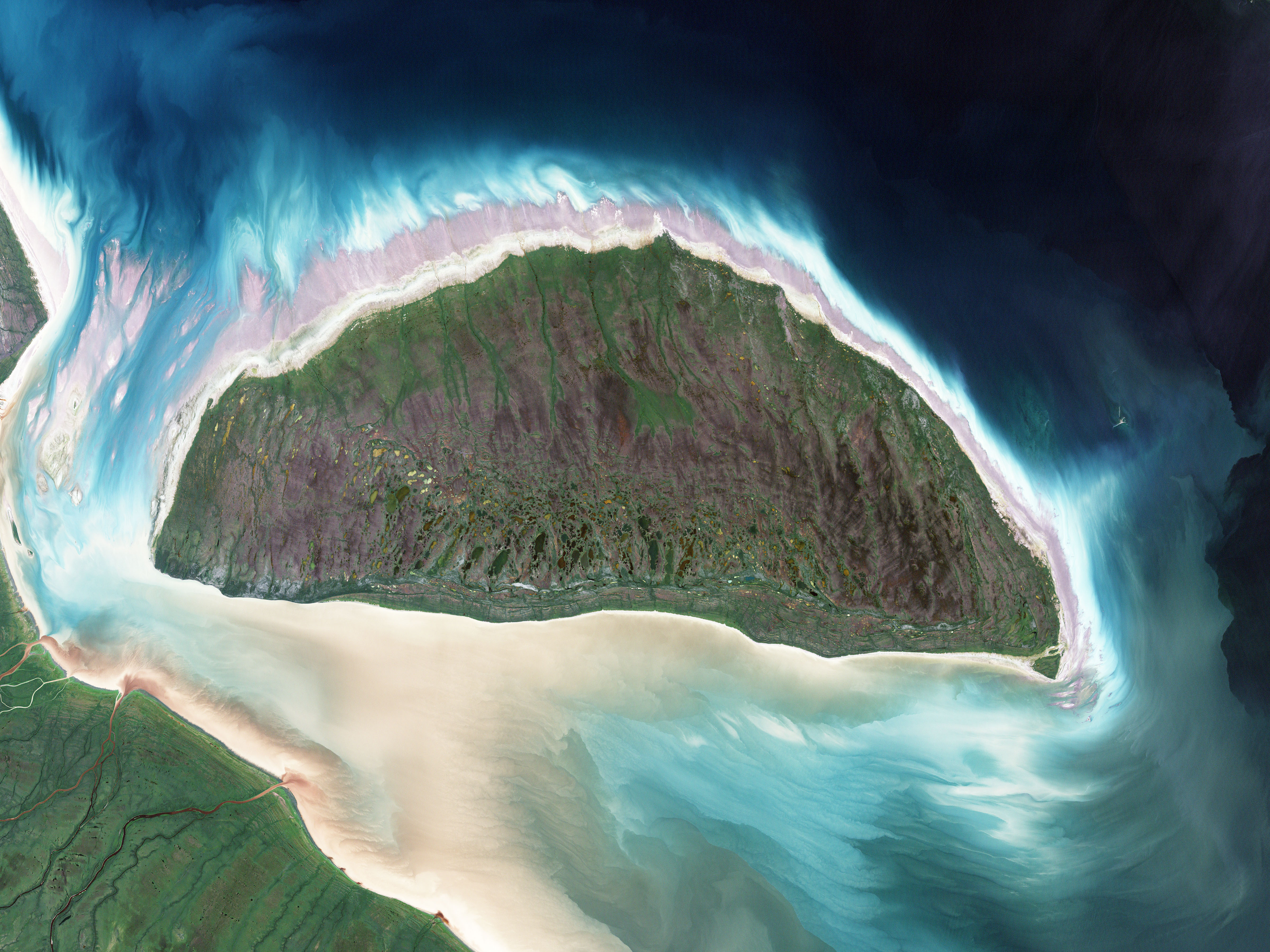 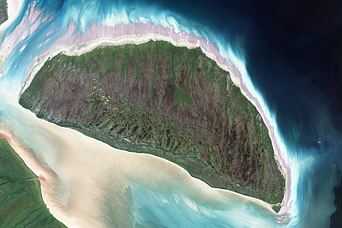 Scraped clean and weighted down for thousands of years by Pleistocene ice sheets, Akimiski Island in James Bay provides a case study of how Earth's land surfaces evolve following glaciation. During the last ice age, this small island was buried under several thousand meters ice, but since its retreat, the island has rebounded (risen in elevation) and new beach areas have emerged, streams and lakes have formed, and trees and other vegetation have colonized the new territory.