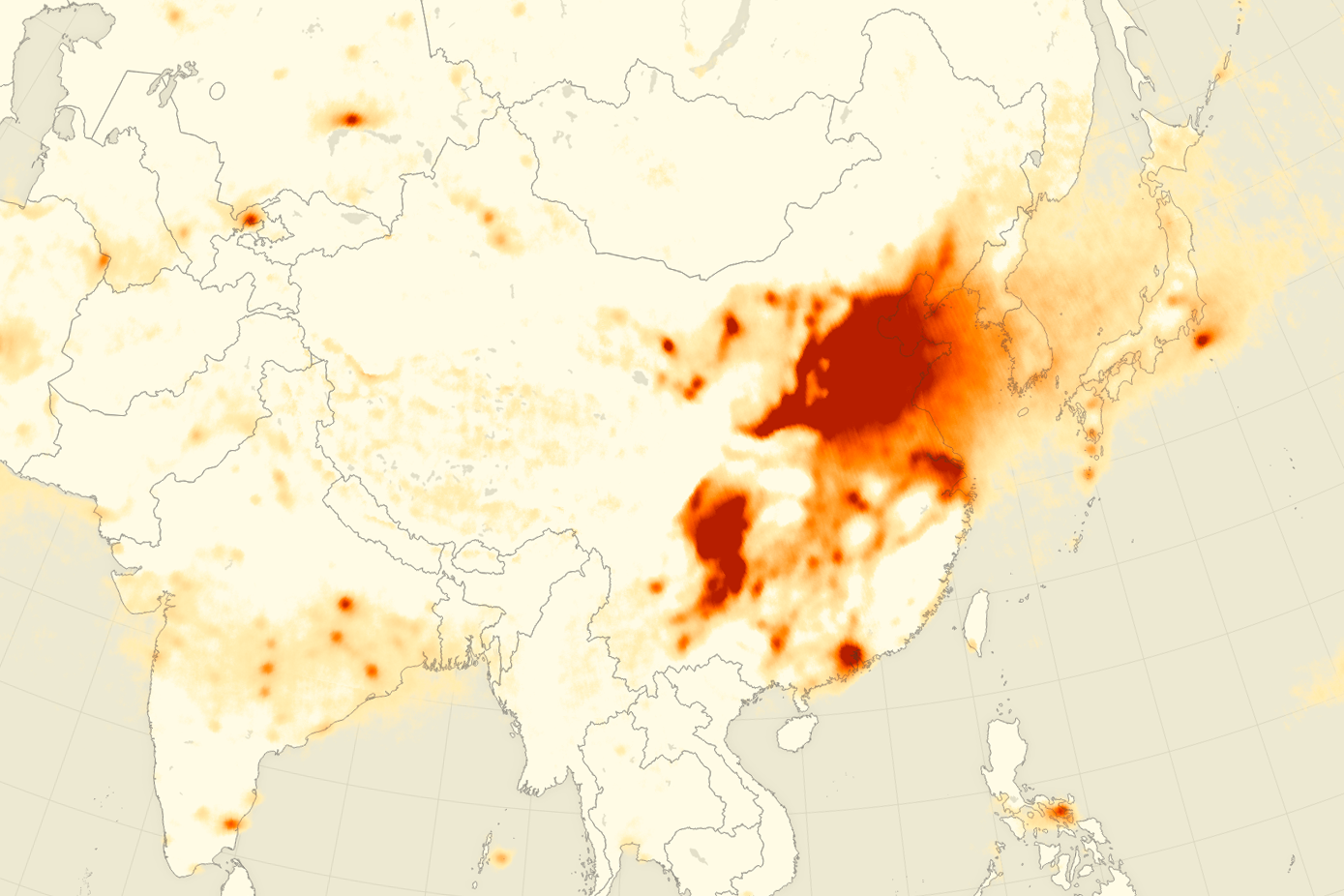 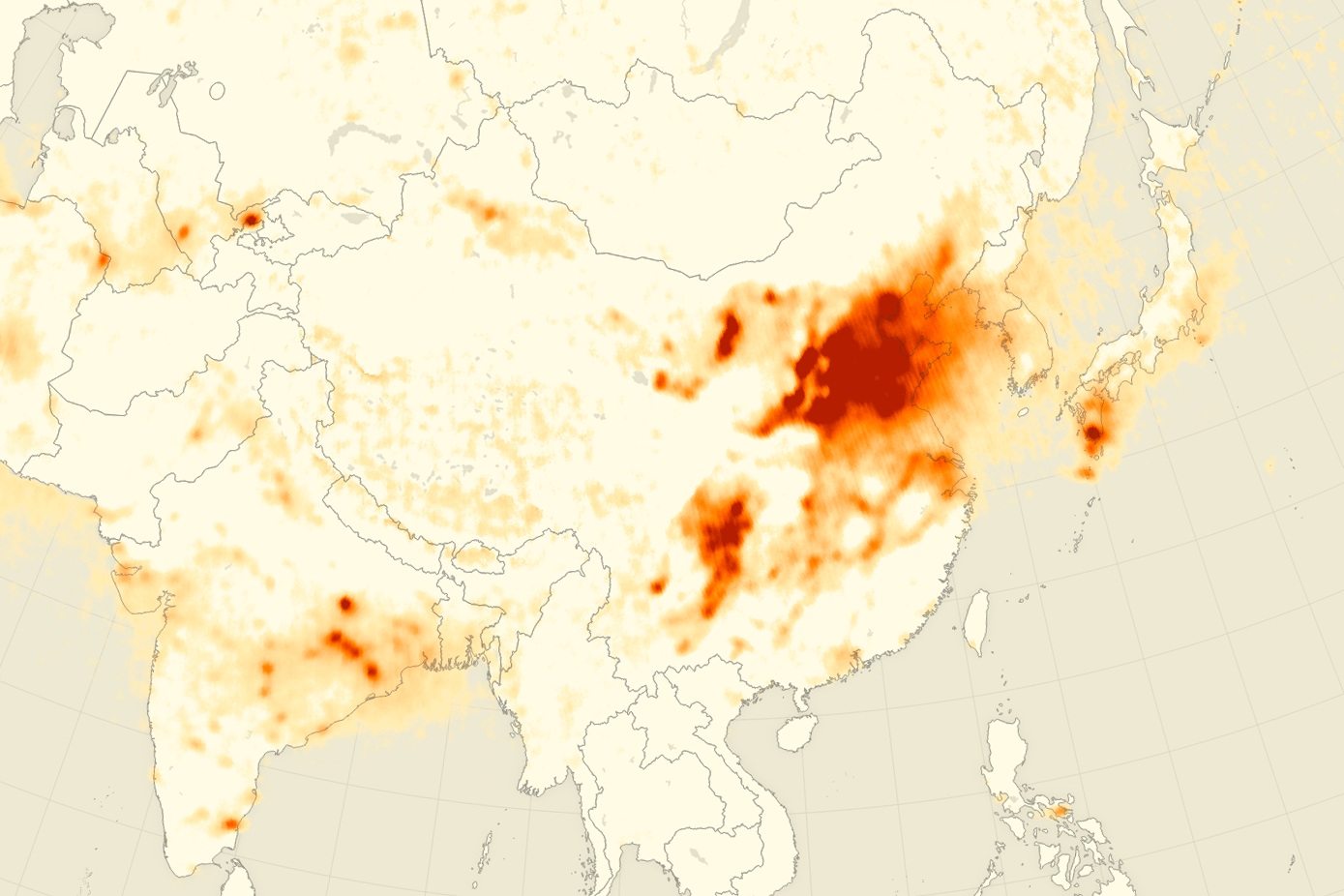 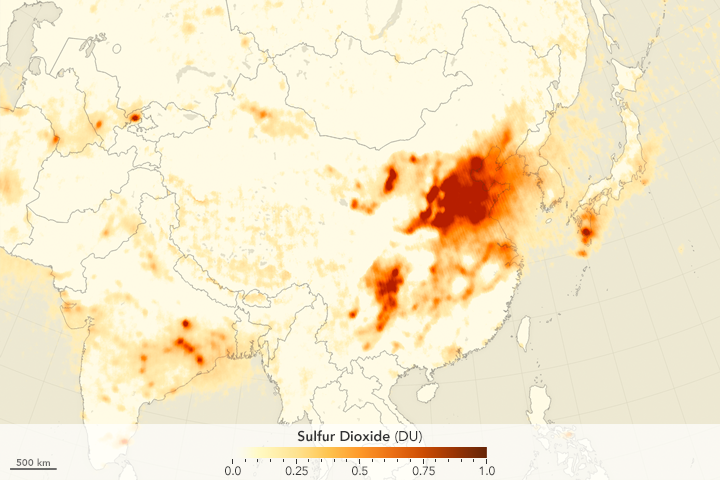 Sulfur Dioxide Down over China; Up over India

A decade of satellite observations show how levels of a common air pollutant have changed over Asian skies.

This image originally appeared in the NASA Earth Observatory story Sulfur Dioxide Down over China; Up over India.

NASA Earth Observatory maps by Joshua Stevens and Jesse Allen, using data provided courtesy of the Aura OMI science team. OMI was developed through a partnership between NASA and the Dutch and Finnish meteorological institutes and space agencies. Caption by Adam Voiland.