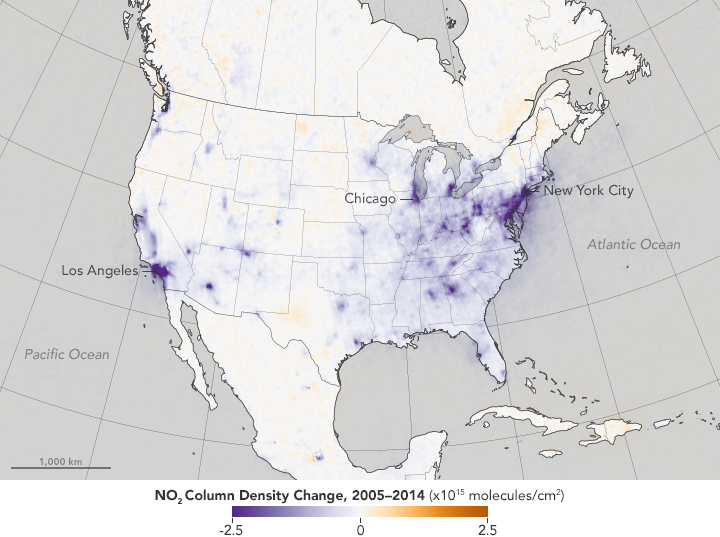 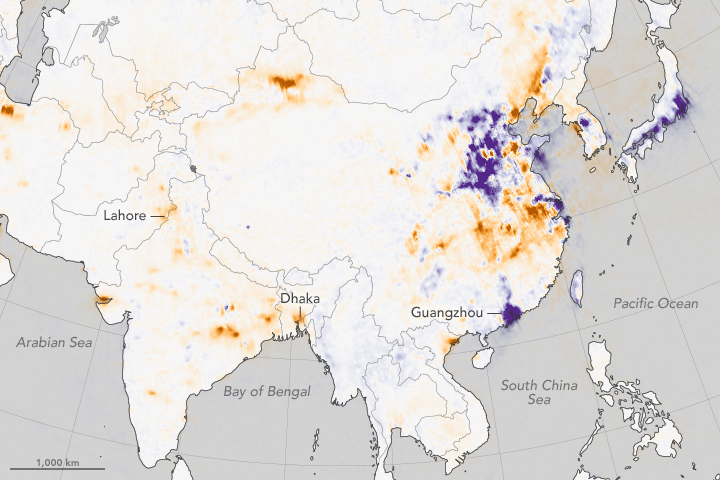 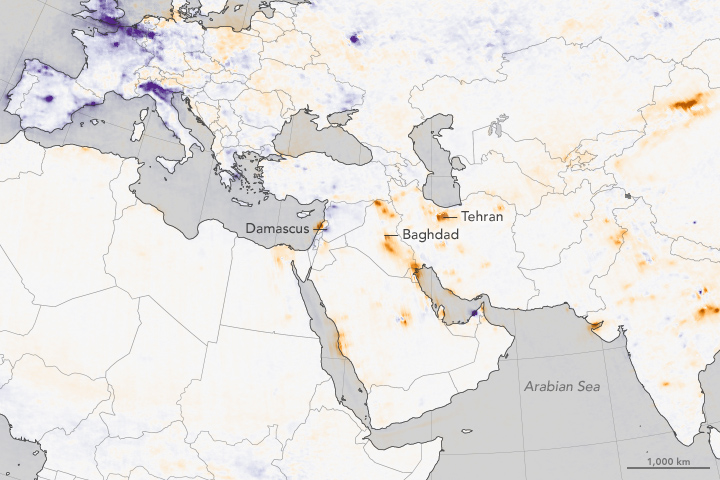 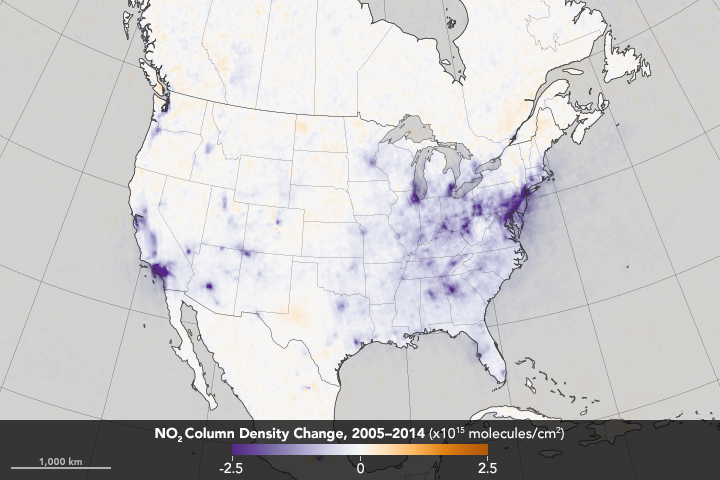 A Decade of Change for Nitrogen Dioxide

From 2005 to 2014, the Aura spacecraft observed increases in the air pollutant in some cities and decreases in others.

This image originally appeared in the NASA Earth Observatory story A Decade of Change for Nitrogen Dioxide.

NASA Earth Observatory maps by Jesse Allen, using data provided courtesy of the Aura OMI science team. OMI was developed through a partnership between NASA and the Dutch and Finnish meteorological institutes and space agencies. By Adam Voiland, with information from Ellen Gray.