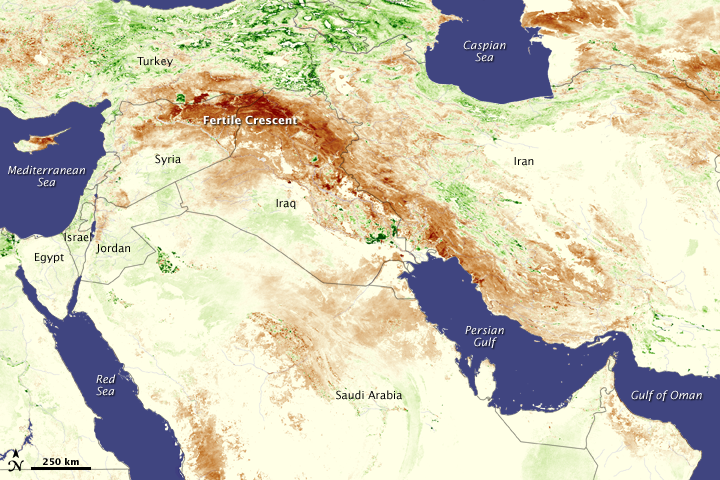 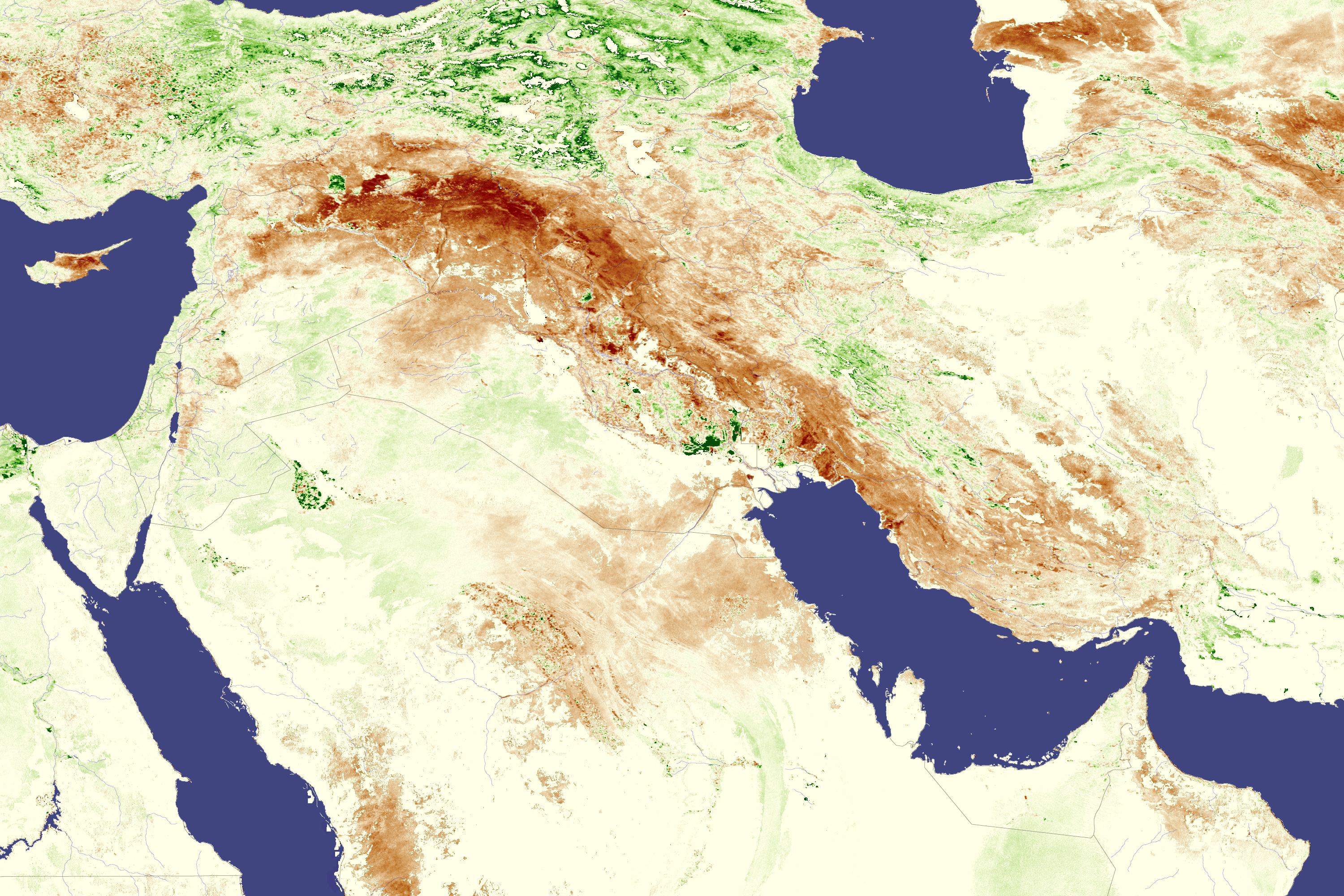 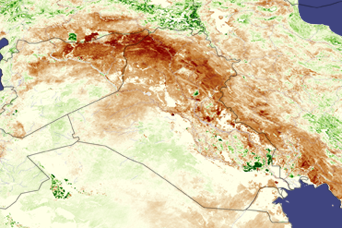 One of the worst droughts in the past decade settled heavily over the Fertile Crescent region of Iraq and Syria in the winter of 2007-2008. Under normal conditions, winter rain and rivers flowing from the mountains of Turkey sustain the rich agricultural land that has fed humanity from the dawn of civilization. But little to no rain fell between October and December during the crucial planting period, and sparse rain fell in the months that followed, said the U.S. Department of Agriculture’s Foreign Agricultural Service (FAS).

This image originally appeared in the NASA Earth Observatory story Drought in Iraq.