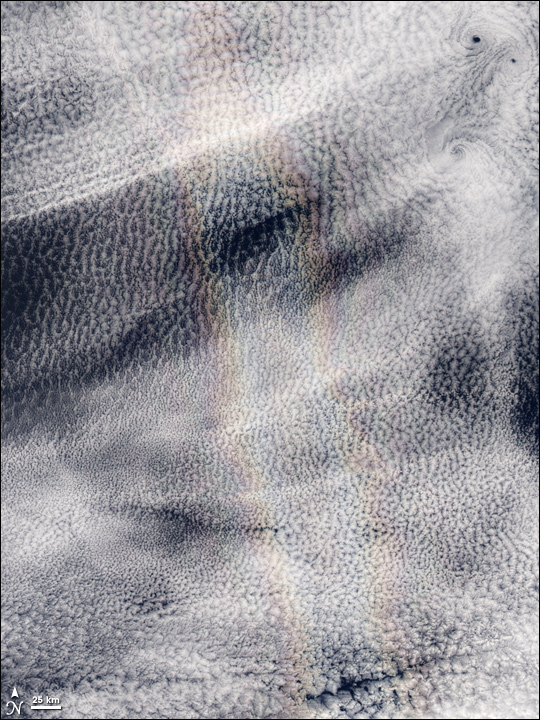 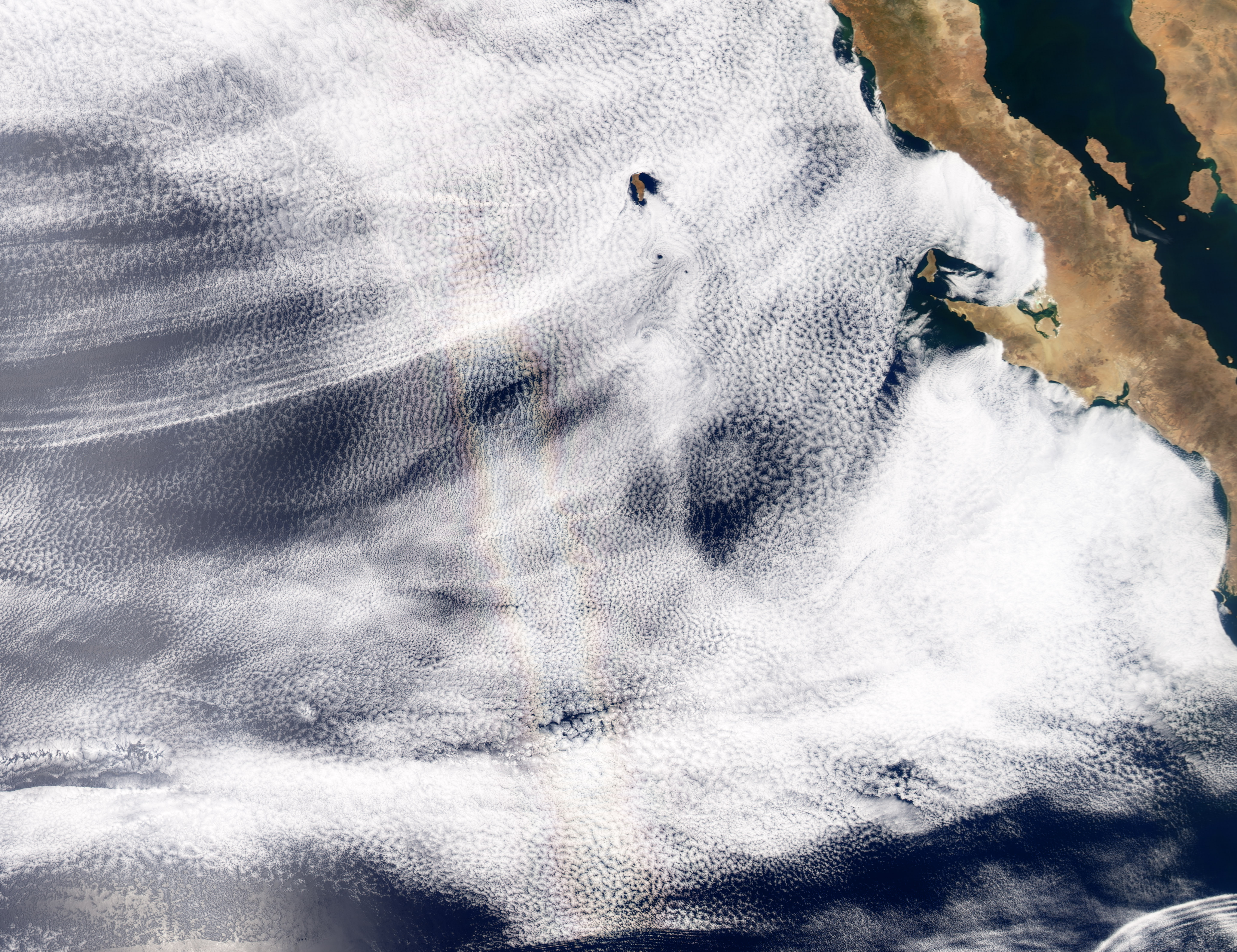 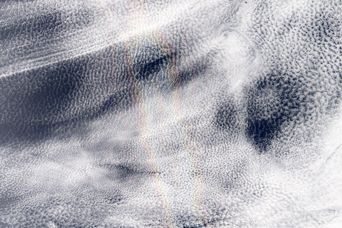 On May 20, 2008, a deck of clouds over the Pacific Ocean provided an optical display for the Moderate Resolution Imaging Spectroradiometer (MODIS) on NASA’s Aqua satellite. The ring-shaped, rainbow-like phenomenon, known as a glory, appears through the length of the center of this image.