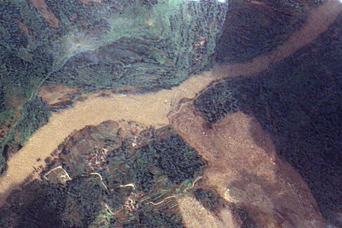 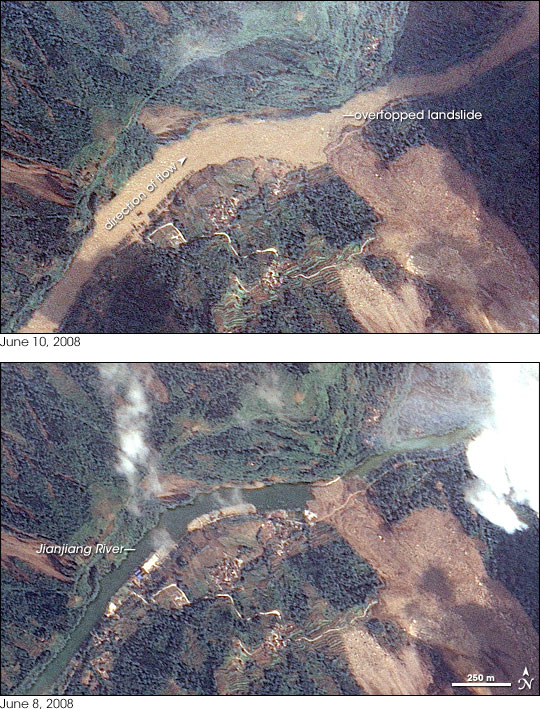 In the wake of the May 12, 2008, earthquake in China, a series of landslides blocked the Jiangjiang River, creating swollen reservoirs that threatened to break through and flood catastrophically. The largest of these lakes, Tangjiashan Lake, threatened roughly 1.3 million people.