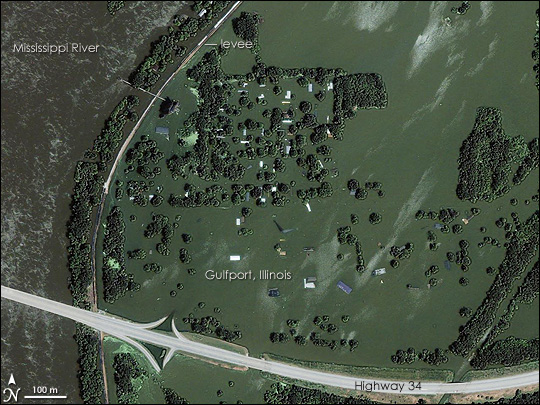 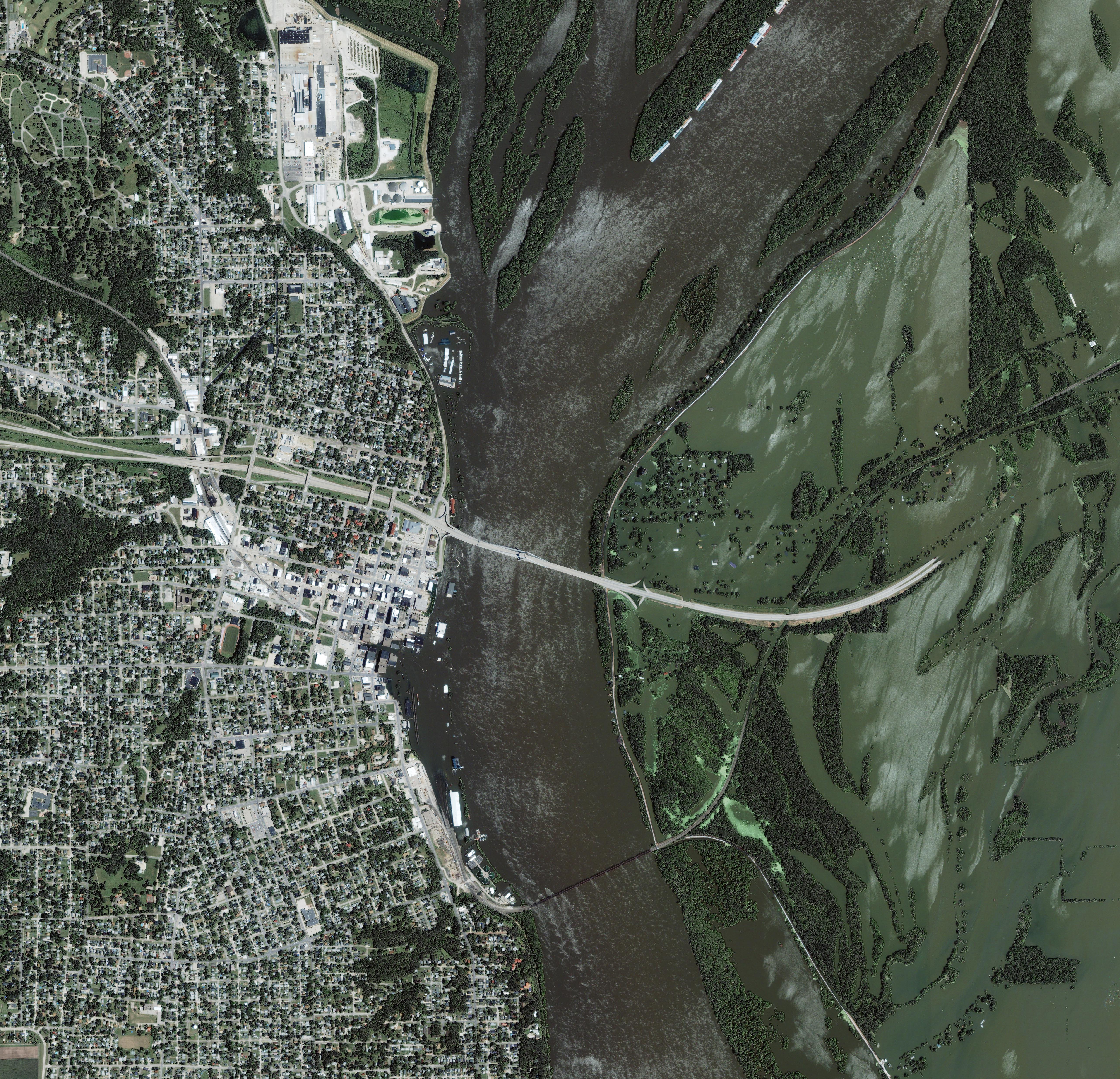 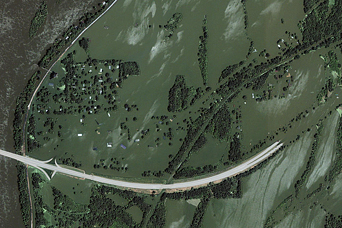 A wall of water washed over the small riverside city of Gulfport, Illinois, when at least two levees on the flooded Mississippi River burst on June 18, 2008, reported CNN. Only treetops and a few roofs were visible above the surface of the blue-green water two days later on June 20, when the commercial satellite Ikonos captured this detailed photo-like image.

Image copyright GeoEye. Caption by Holli Riebeek.
© All Rights Reserved: Use of IKONOS, GeoEye, and Digital Globe imagery must be coordinated with Digital Globe.