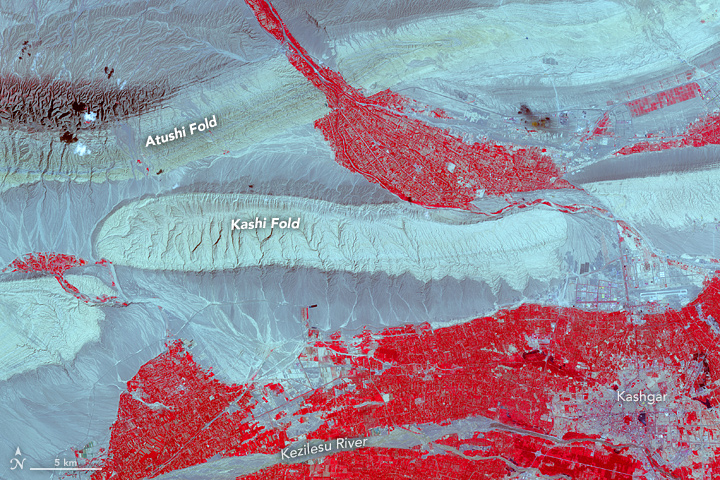 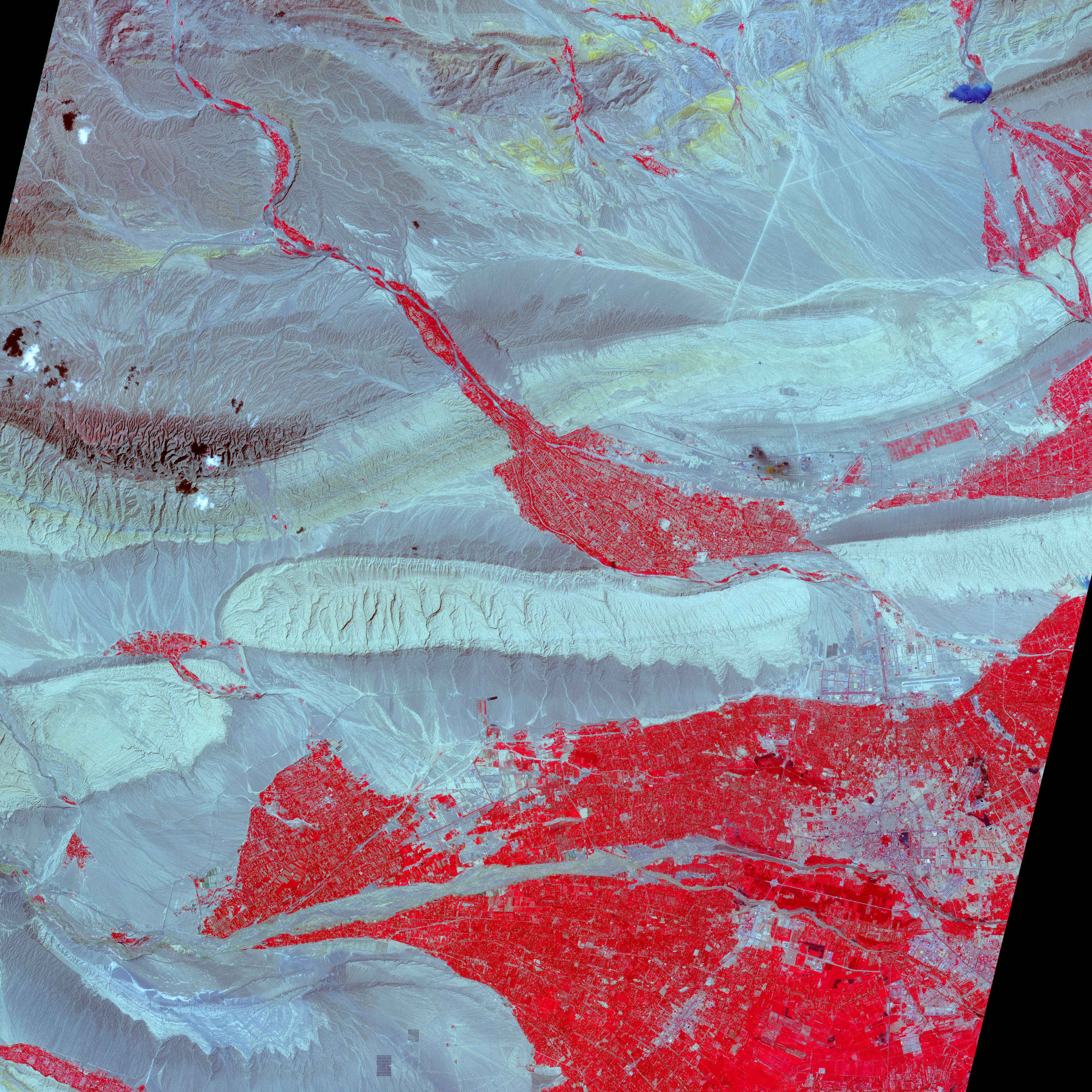 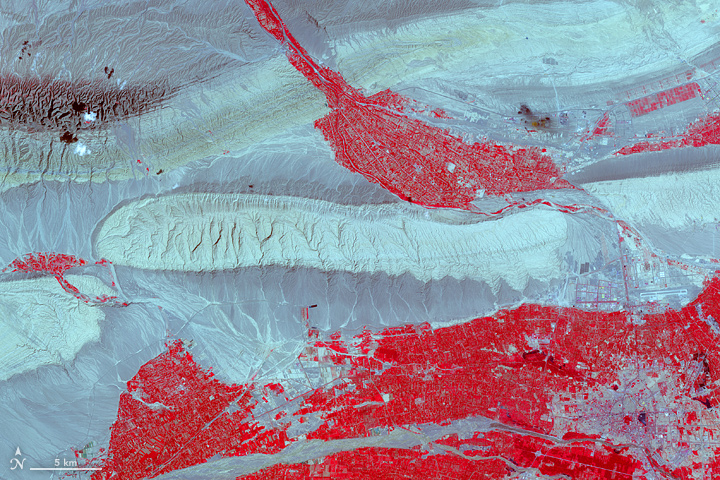 Uplift and erosion sculpted the landscape around an oasis city in western China.