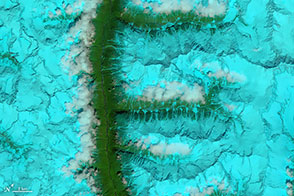 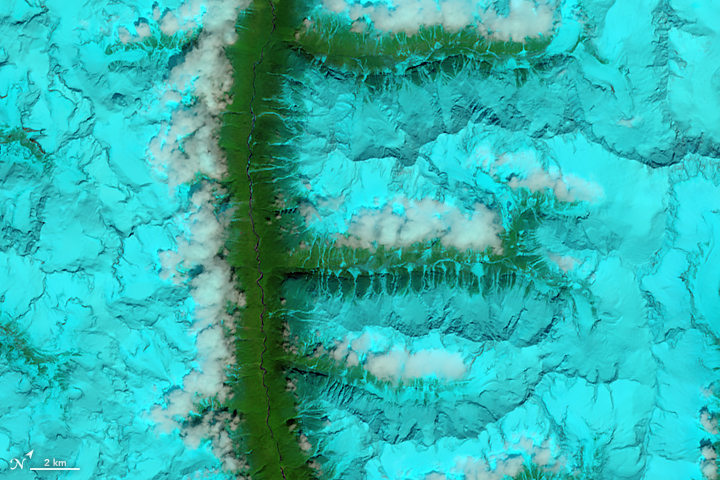 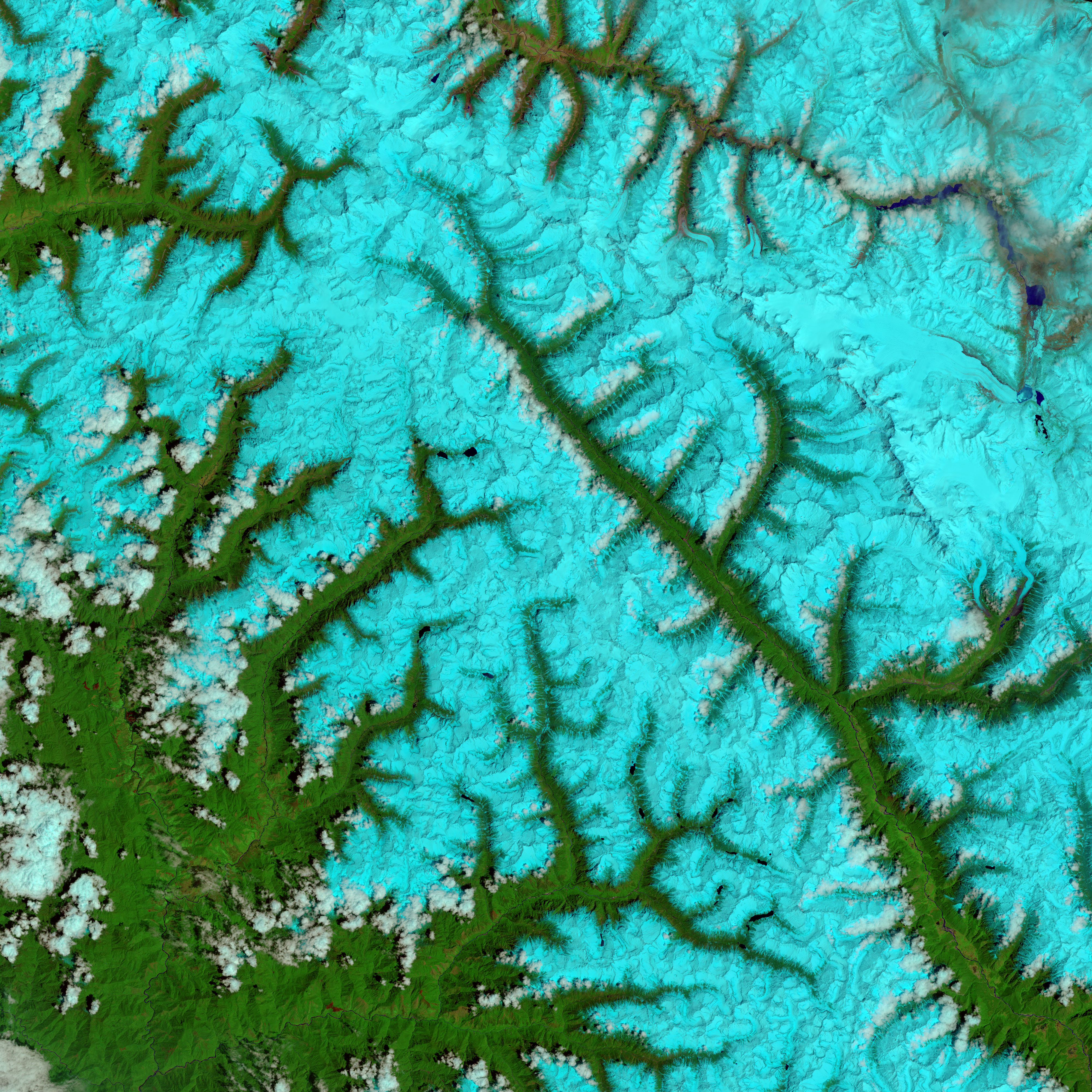 The Alphabet from Orbit: Letter F

The Operational Land Imager (OLI) on Landsat 8 acquired this false-color image of valleys and snow-covered mountain ranges in southeastern Tibet on August 4, 2014. Firn is a granular type of snow often found on the surface of a glacier before it has been compressed into ice.