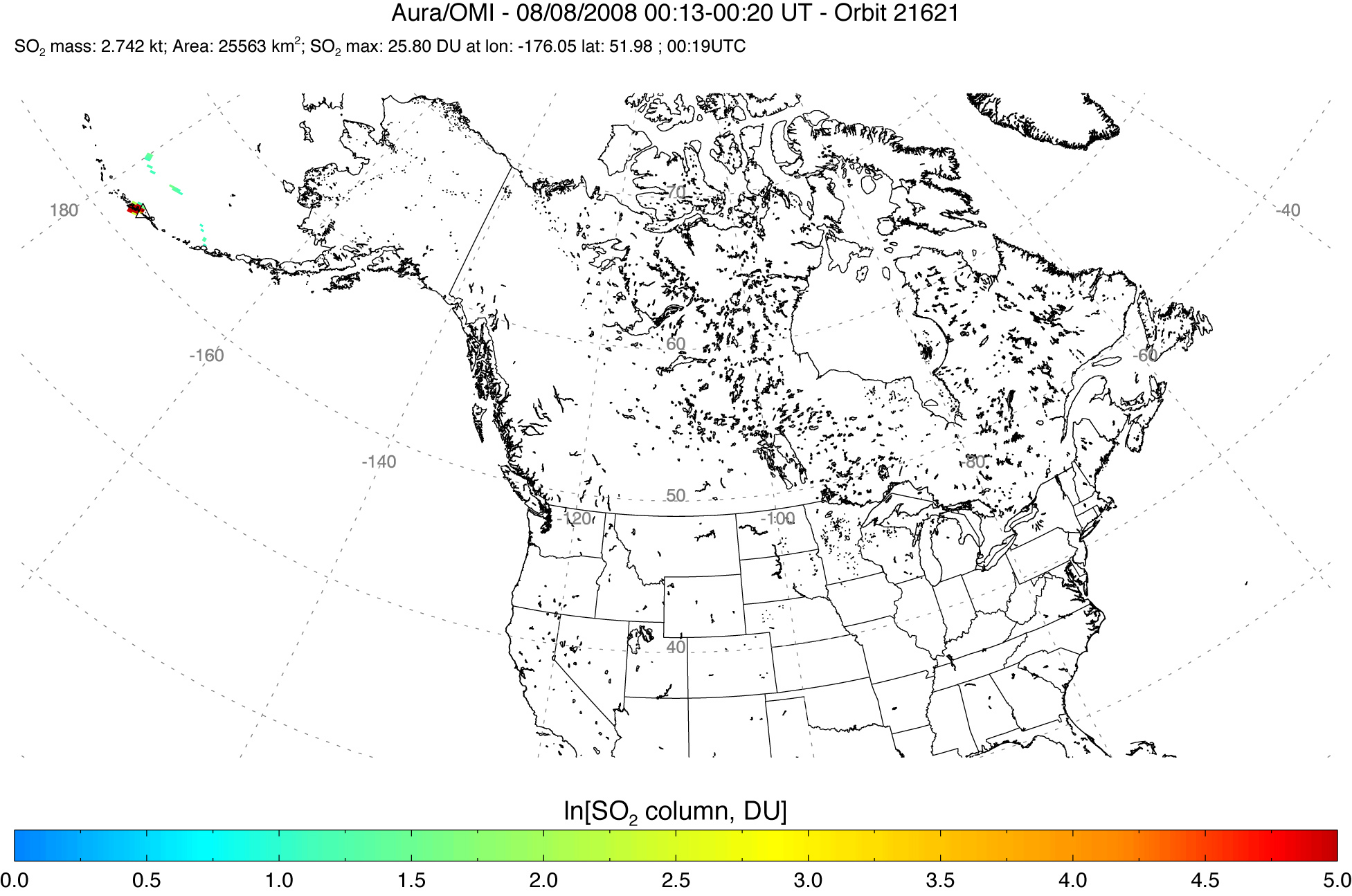 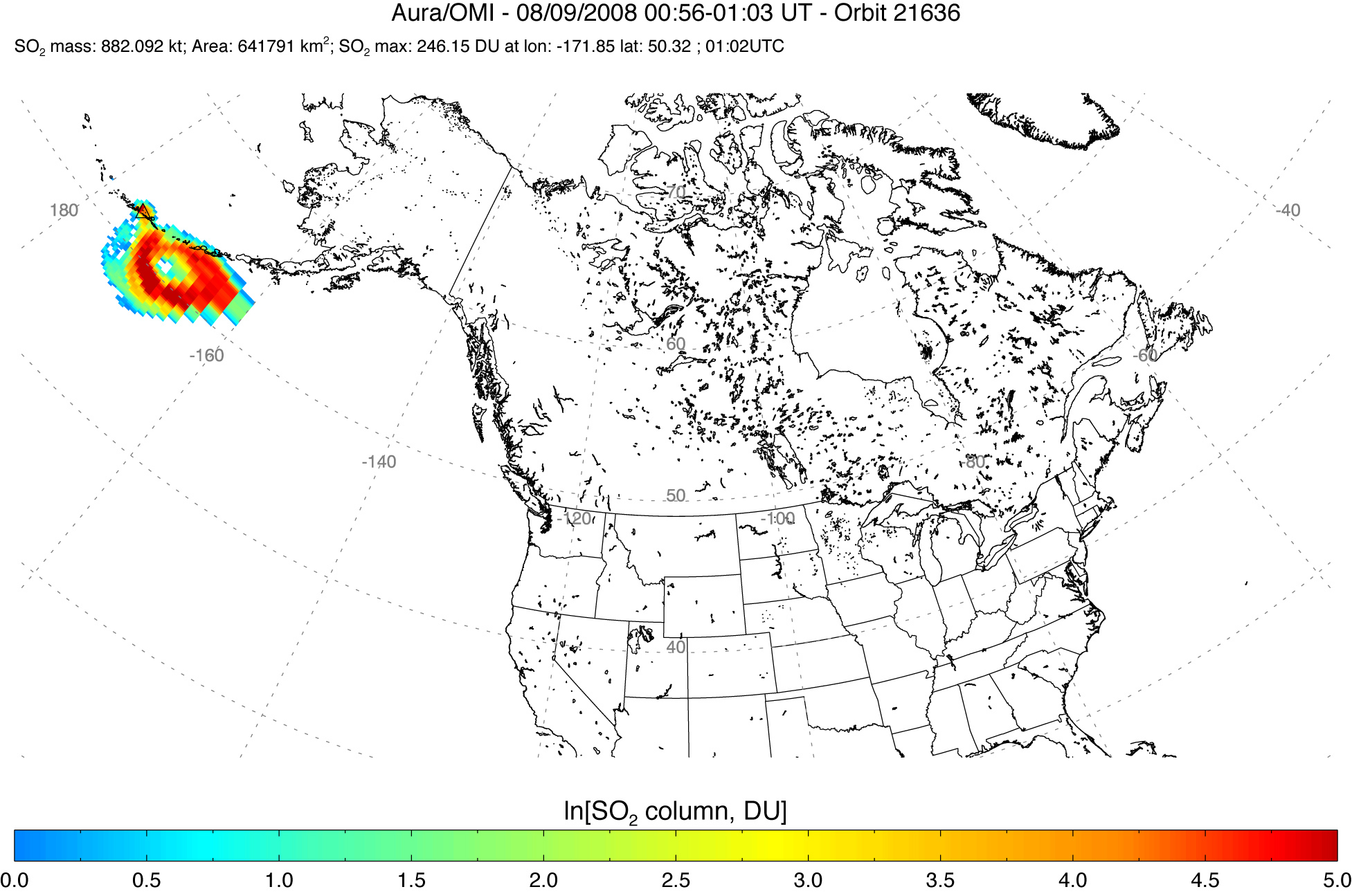 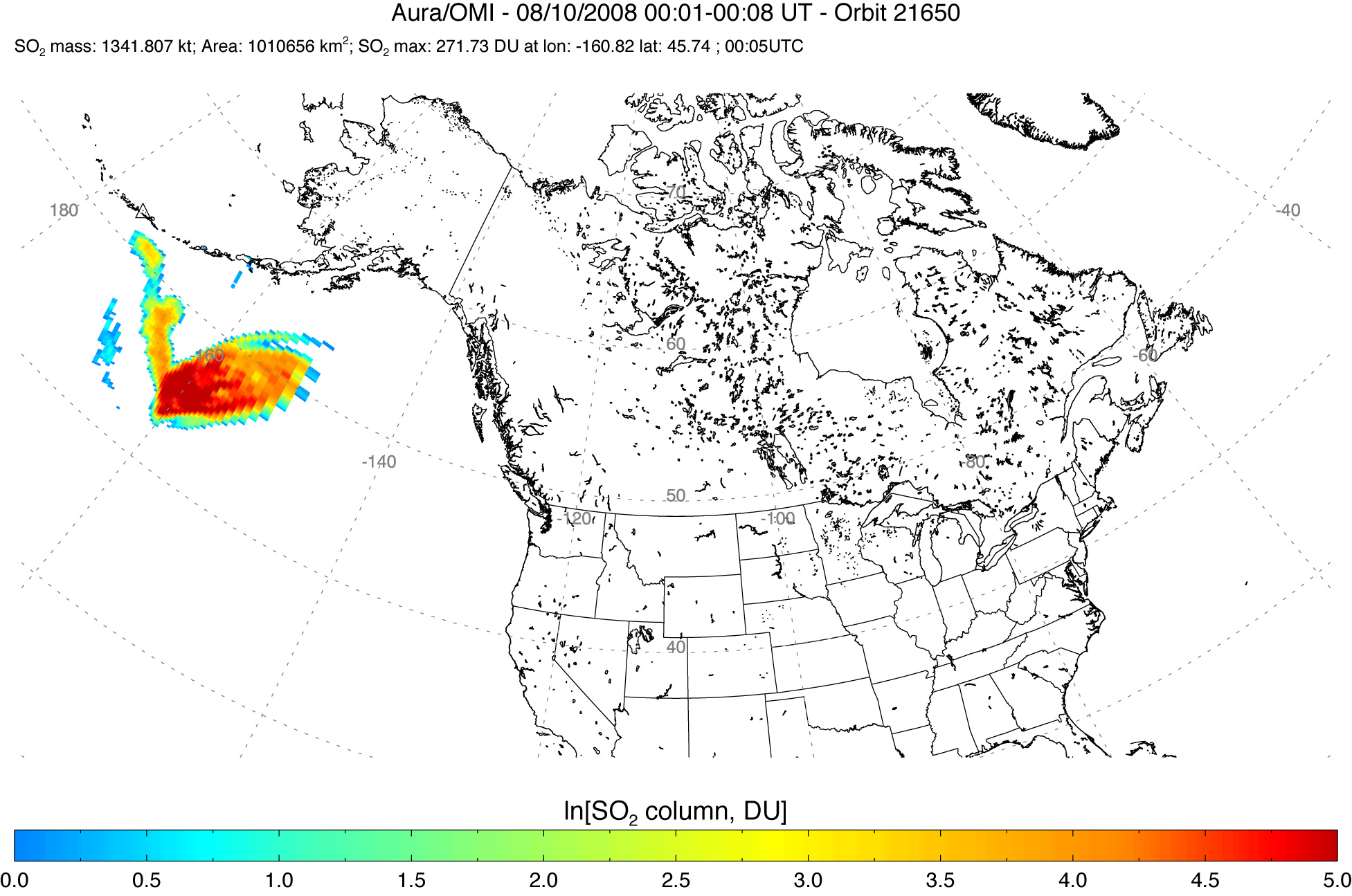 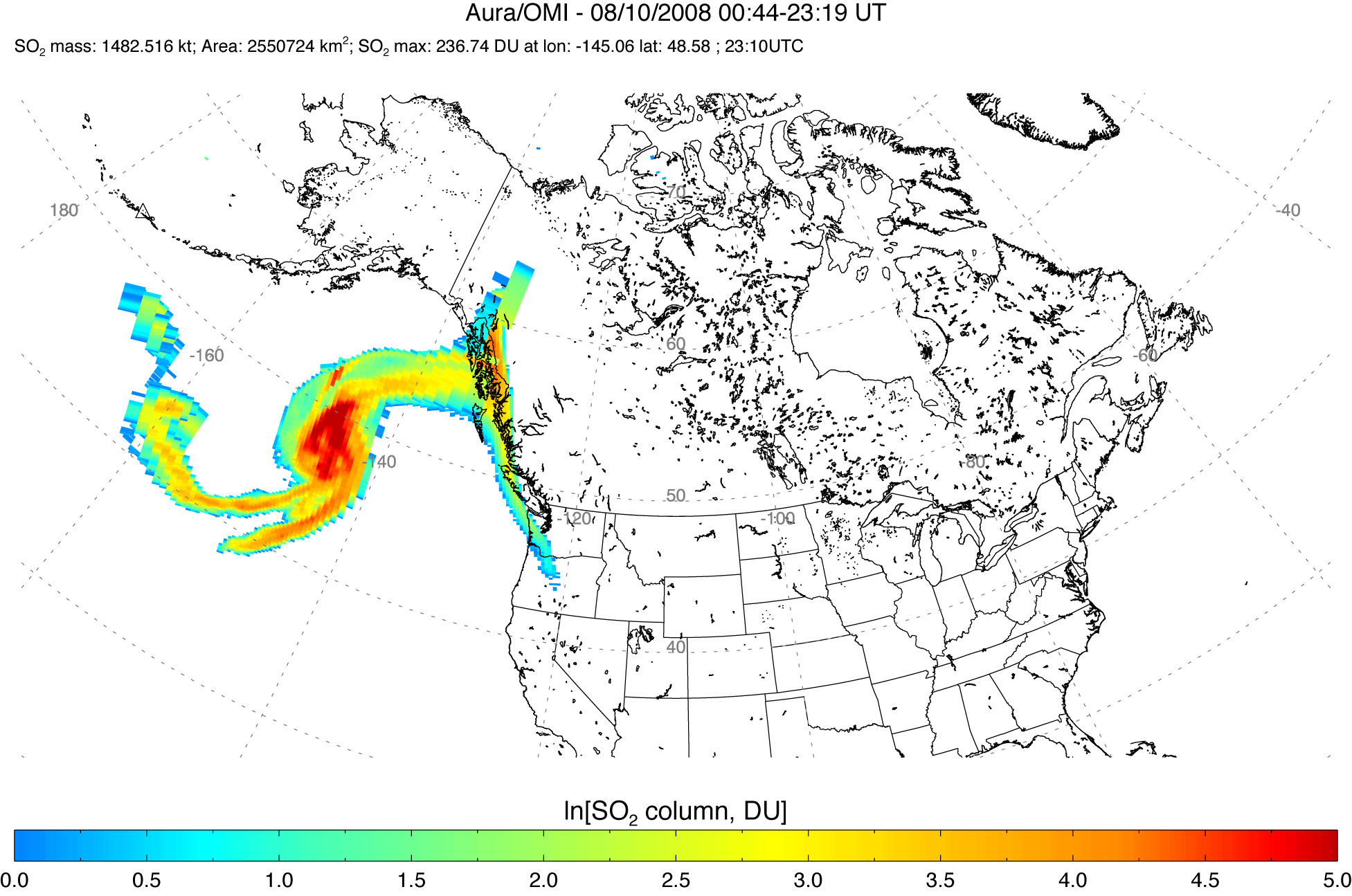 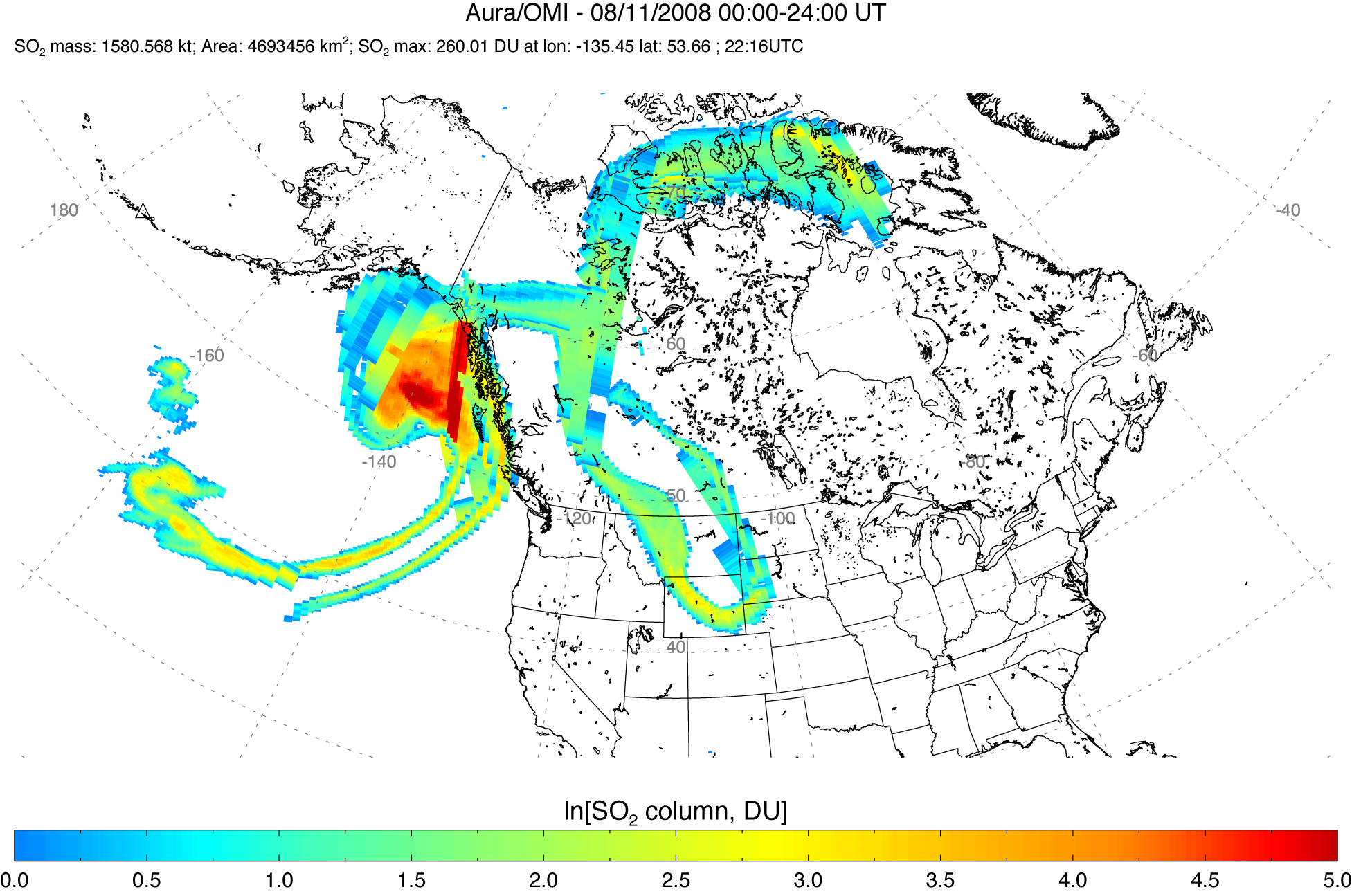 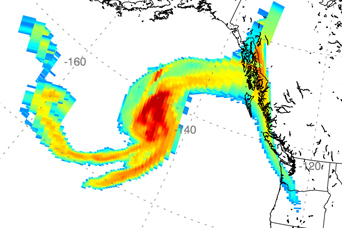 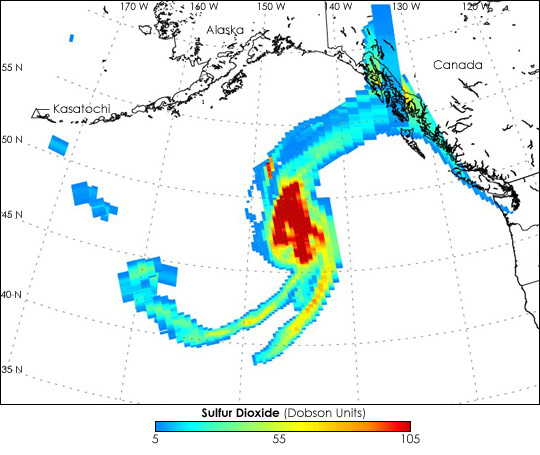 Between August 7 and August 8, 2008, three explosive eruptions rocked the Kasatochi Volcano in the Aleutian Islands of Alaska. In addition to sending a thick plume of ash at least 35,000 feet into the atmosphere, the volcano released a large cloud of sulfur dioxide.