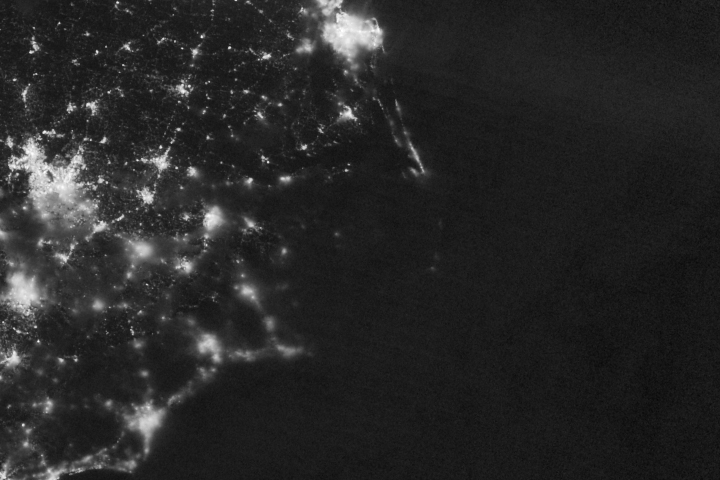 Lights Out in Hatteras

If a power outage spans a large area, there is the chance it can be seen from space. The outage pictured here shows the darkness that fell across parts of North Carolina’s Outer Banks in late July 2017.

The Visible Infrared Imaging Radiometer Suite (VIIRS) on the Suomi NPP satellite captured nighttime images of Hatteras and Ocracoke islands. They show the barrier islands on July 27 (before the blackout) and on July 30, 2017.

Storms are a common culprit for power outages, such as the darkness that ensued after Hurricane Matthew in October 2016. But according to news reports, the power outage pictured here had a more unusual cause—a construction accident that “compromised” buried transmission cables.