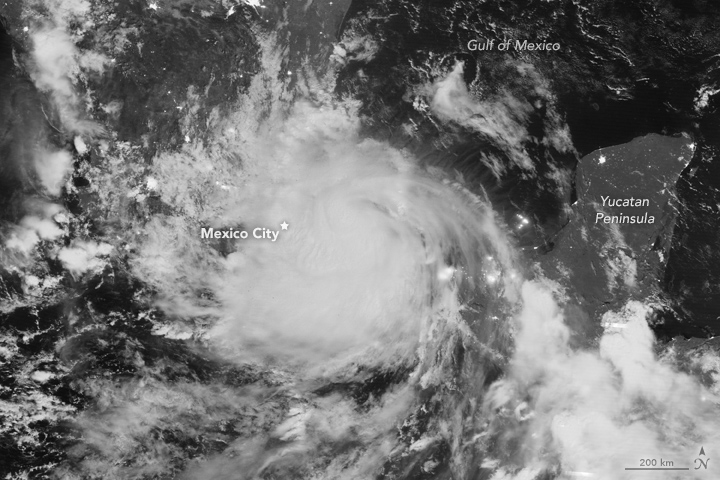 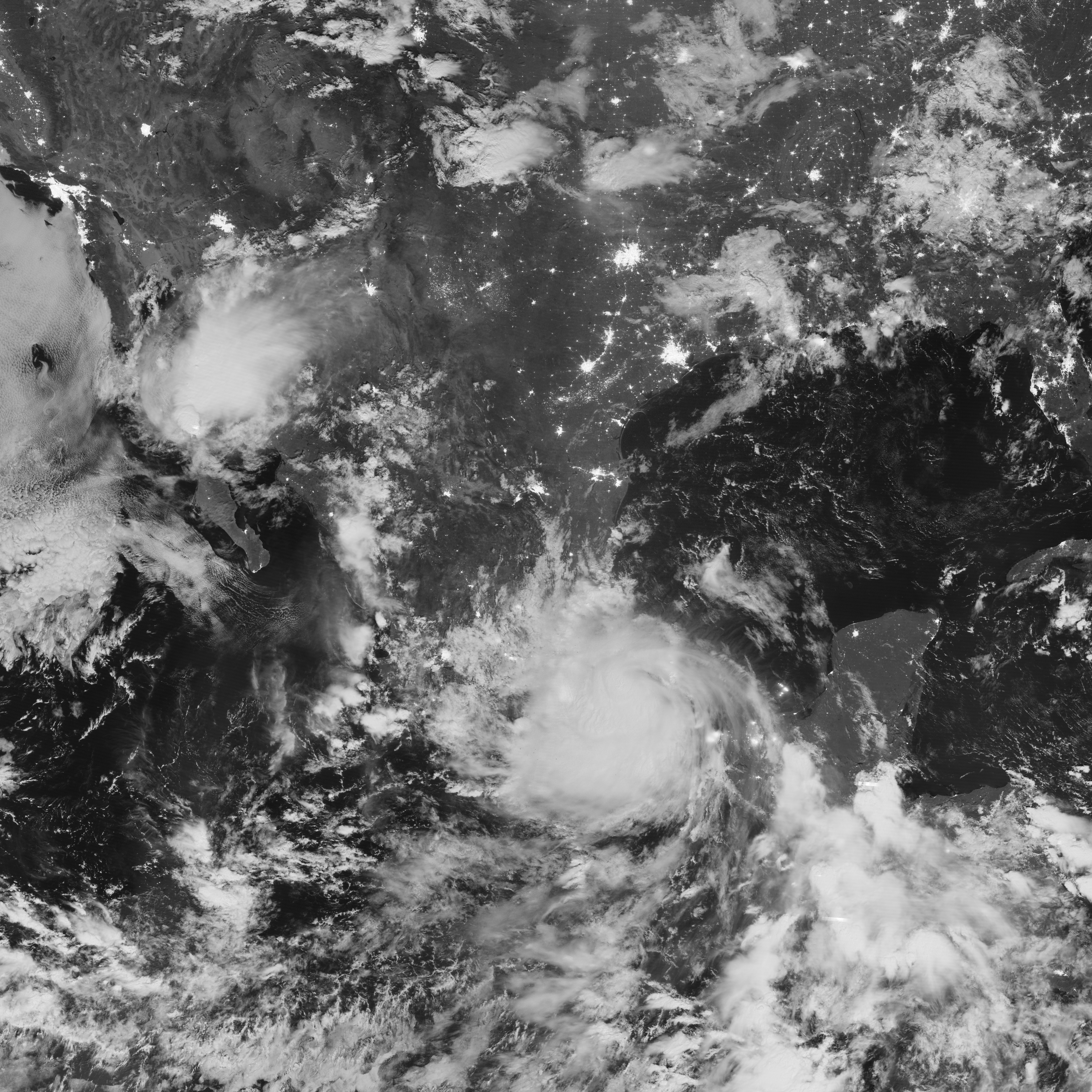 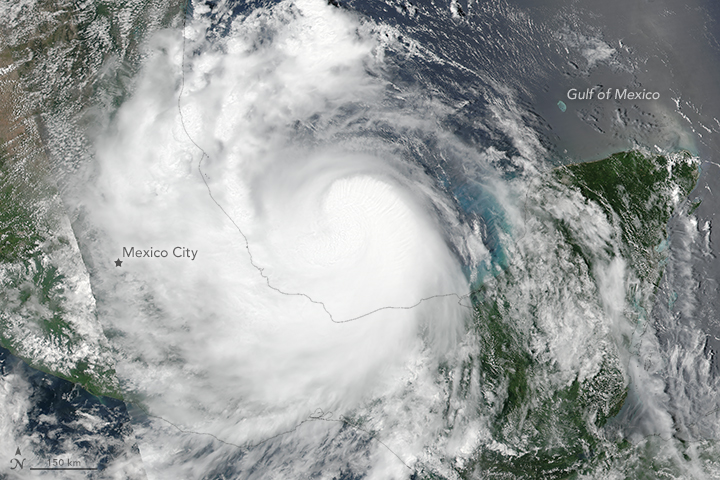 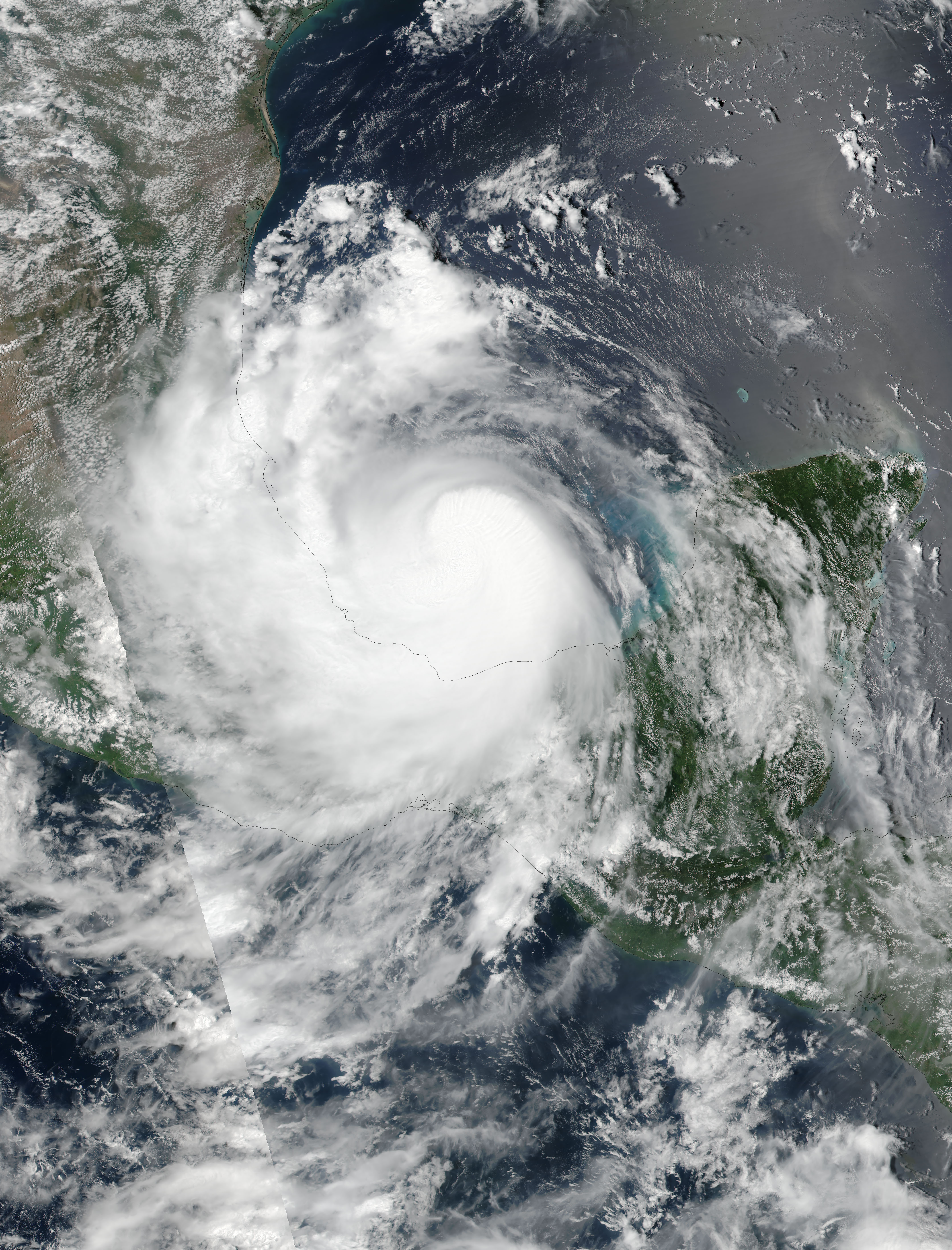 Hurricane Franklin became the Atlantic Ocean basin’s first hurricane of 2017, making landfall over Mexico early on August 10, 2017, as a category 1 storm and then weakening.

The Visible Infrared Imaging Radiometer Suite (VIIRS) on the Suomi NPP satellite acquired this nighttime view of the storm in the early hours of August 10. The image is a composite of two orbital passes, the latter of the two passing over Franklin at roughly 4:02 a.m. Central Daylight Time (09:02 Universal Time). The image was captured by the VIIRS “day-night band,” which detects light in a range of wavelengths from green to near-infrared and uses filtering techniques to observe signals such as city lights, auroras, wildfires, and reflected moonlight. In this case, the clouds were lit by moonlight. At the time, the storm had weakened from a category 1 hurricane to a tropical storm.

Earlier, VIIRS on Suomi NPP acquired a natural-color image of the storm (second image). When this view was captured at 1:54 p.m. Central Daylight Time (18:54 Universal Time) on August 9, 2017, winds measured 65 knots (75 miles per hour), according to Unisys.