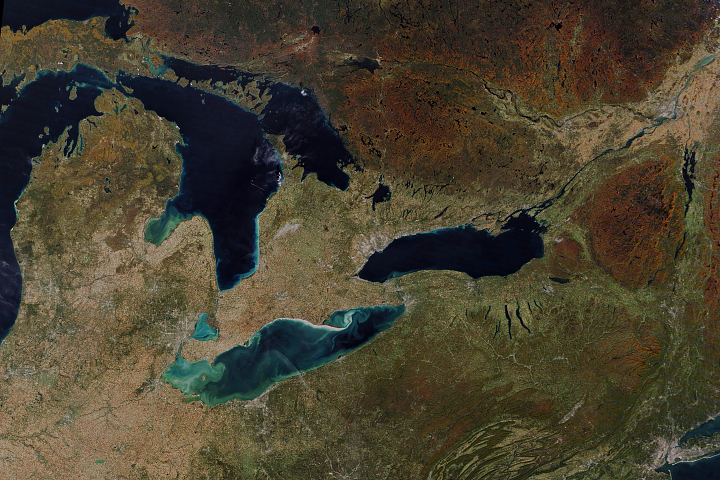 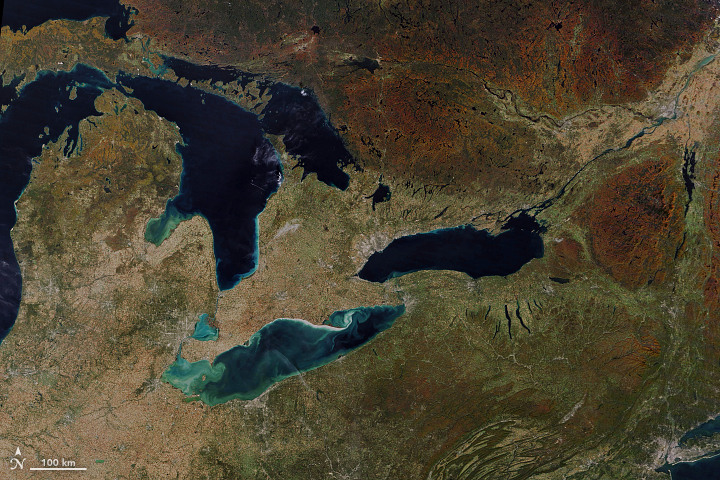 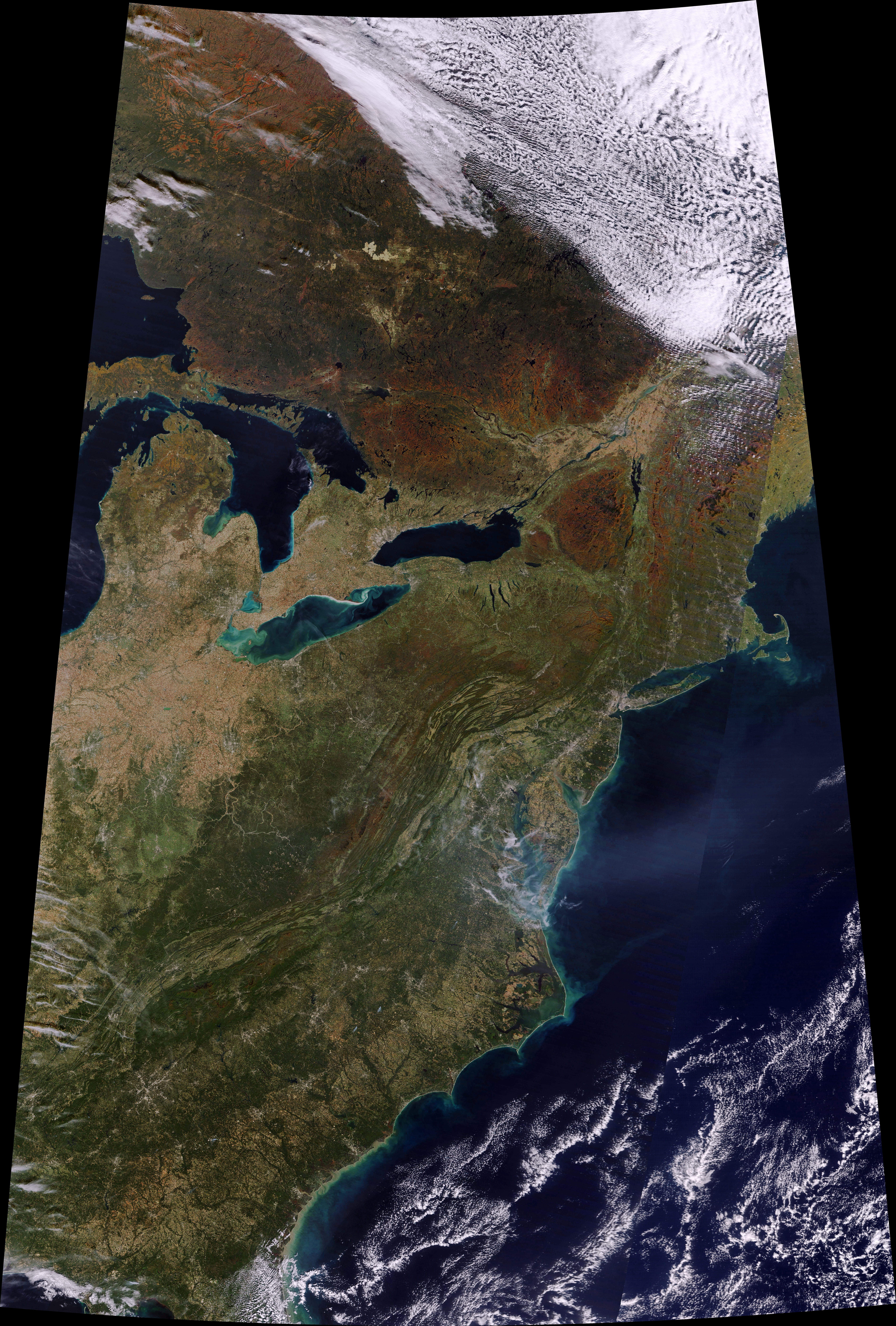 With temperatures falling and fewer hours of daylight in the northern hemisphere, autumn colors are sweeping across the eastern United States and Canada. On October 20, 2017, the Moderate Resolution Imaging Spectroradiometer (MODIS) on NASA’s Terra satellite captured the annual transformation in this natural-color image.

According to The Foliage Network, fall colors were at or just past their peak in much of upstate New York and the upper peninsula of Michigan the day before MODIS captured the image. As seen in the Adirondack Mountains and Catskill Mountains in New York, peak color comes to high-elevation areas before surrounding lower-elevation areas.