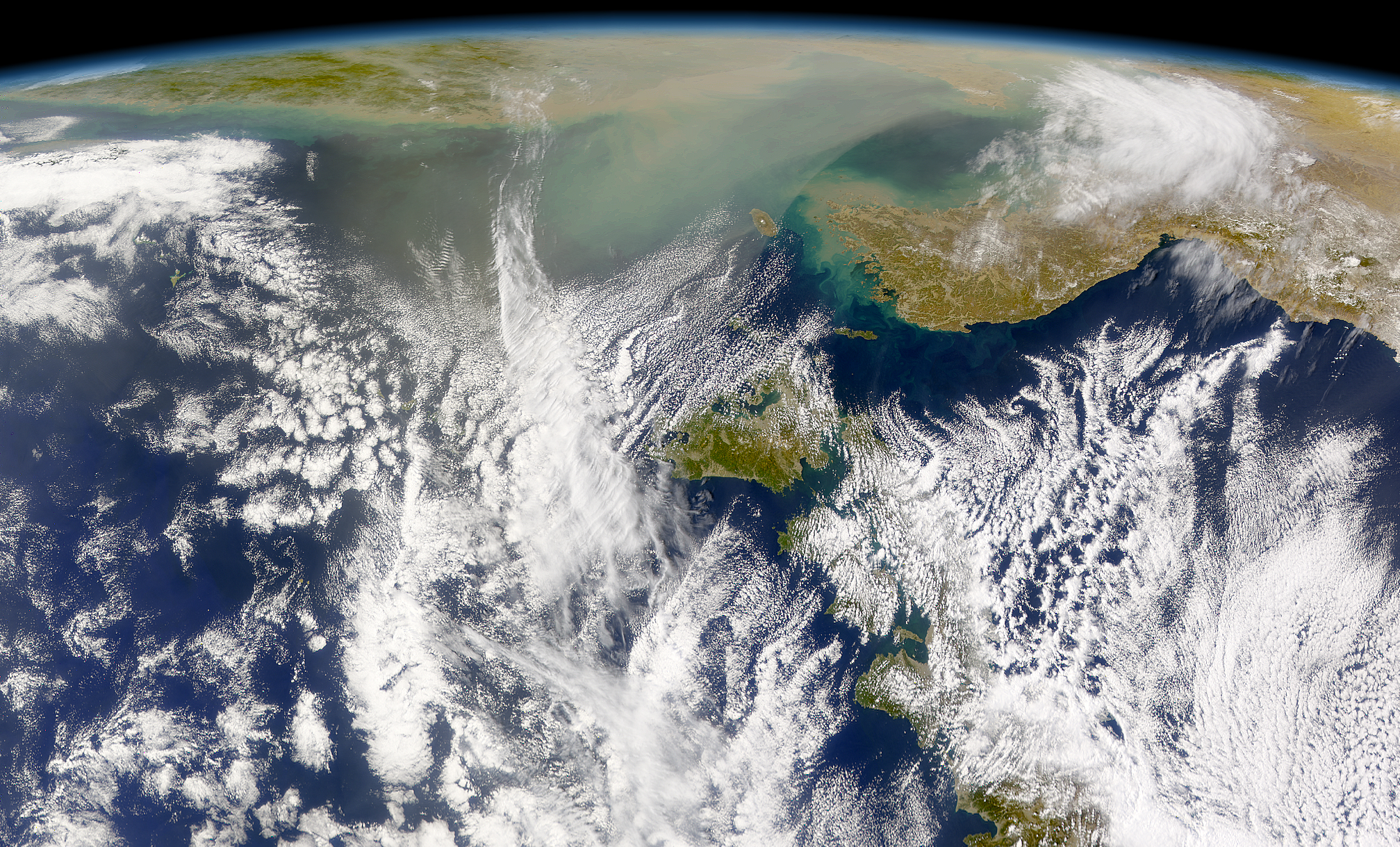 Considerable quantities of dust are visible in this true-color Sea-viewing Wide Field-of-view Sensor (SeaWiFS) image of eastern Asia, acquired on Feb. 12, 2002. This view—looking obliquely towards the west—shows a large, brownish dust cloud crossing the Yellow Sea and passing south of the Korean Peninsula on its way to southern Japan.

The air looks much clearer over snow-covered Russia and northern China (visible on the right in the full-resolution image).