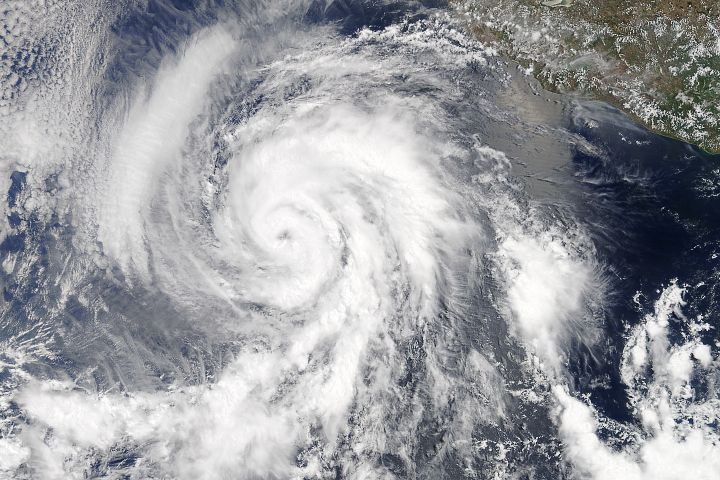 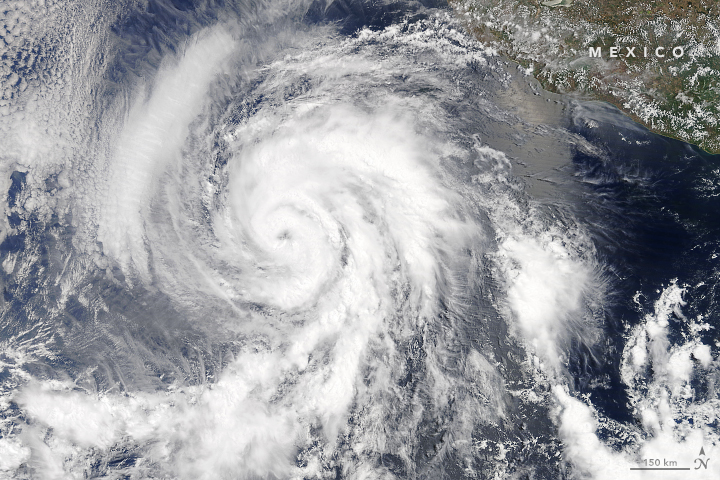 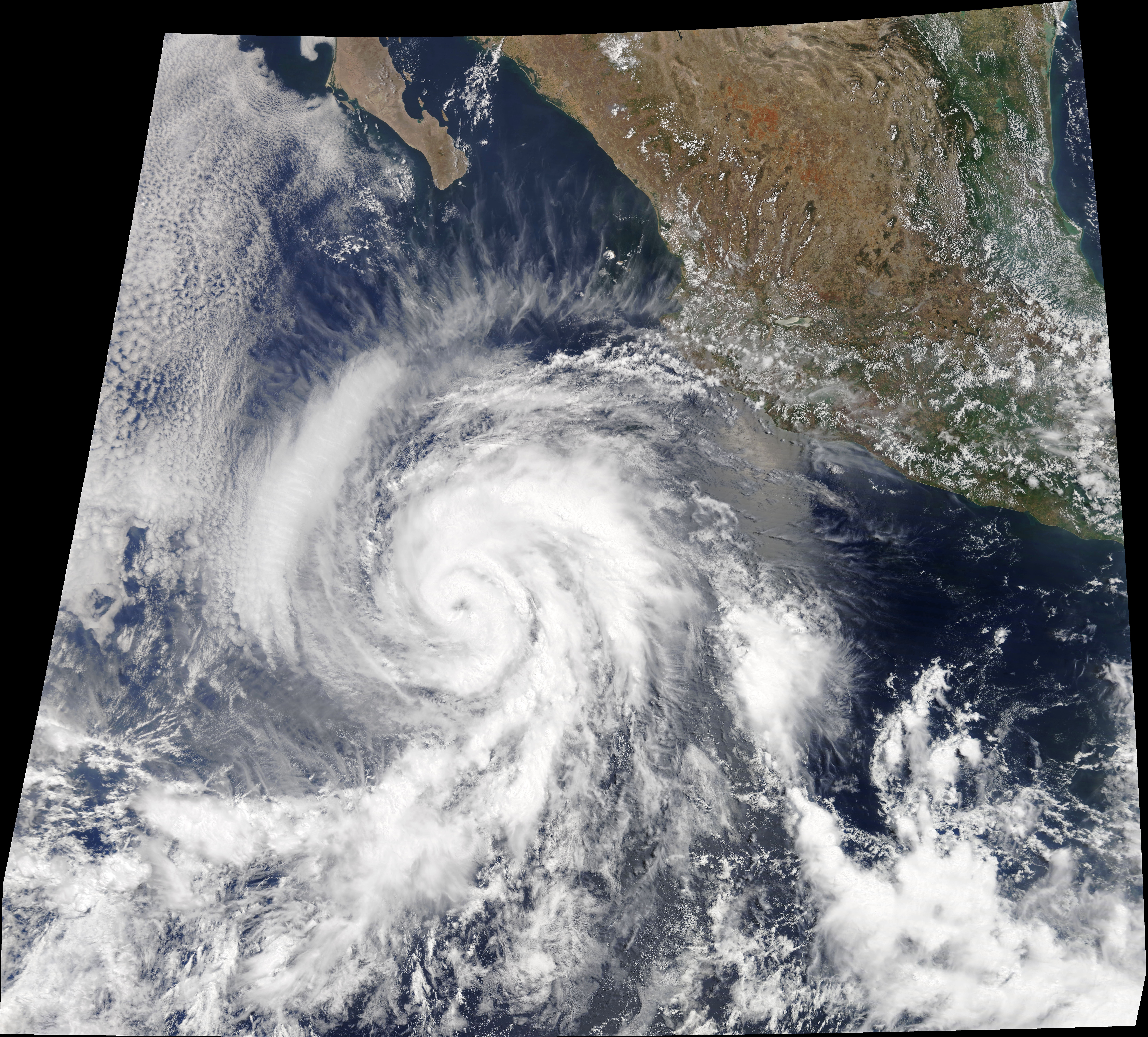 In the afternoon on June 7, 2018, tropical storm Aletta intensified to become the first hurricane of the season in the eastern Pacific. Earlier in the day, the Moderate Resolution Imaging Spectroradiometer (MODIS) on NASA’s Terra satellite acquired this natural-color image of Aletta when it was still a tropical storm.

According to the National Hurricane Center, Aletta was expected to continue to intensify but did not pose a threat to land.