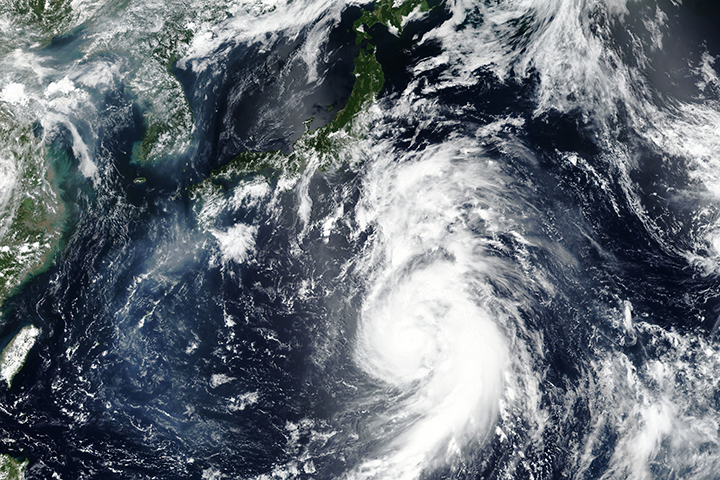 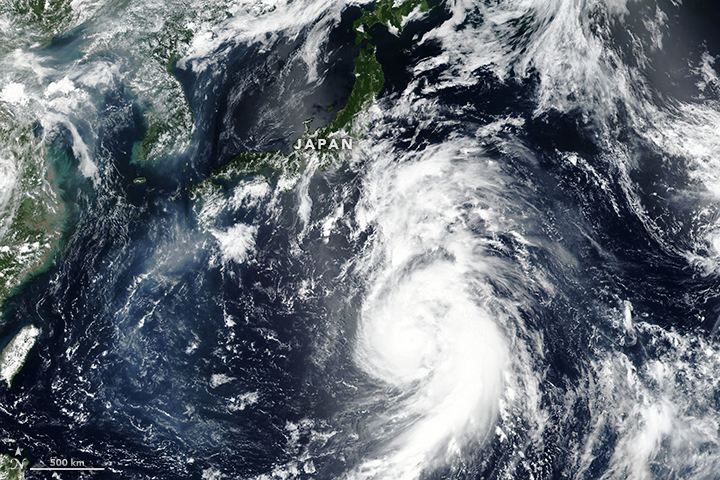 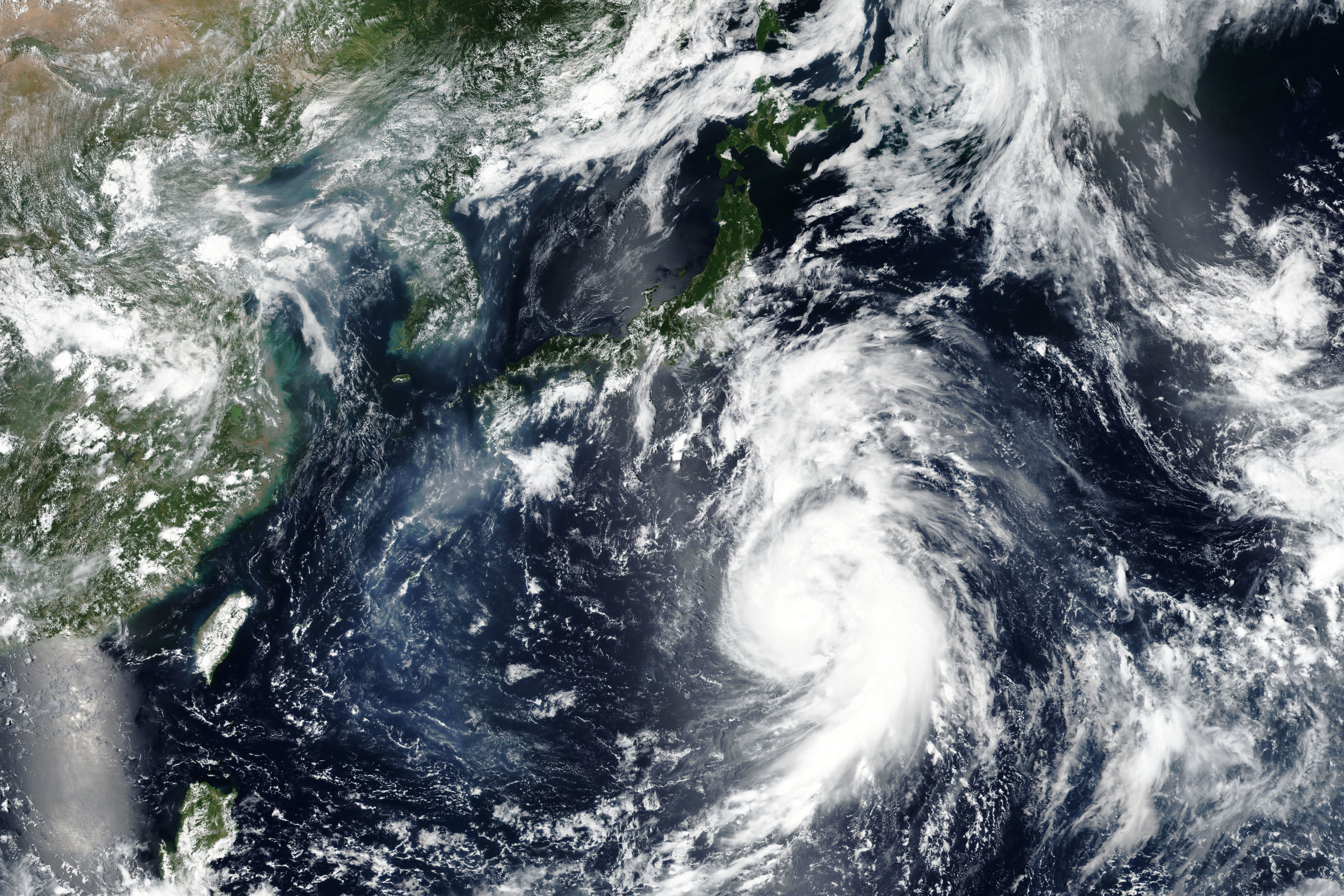 On July 27, 2018, the Visible Infrared Imaging Radiometer Suite (VIIRS) on the Suomi NPP satellite acquired this image of Typhoon Jongdari approaching the coast of Japan.

The typhoon was projected to make landfall on the country's mainland on July 28, according to the Japan Meteorological Agency. Around the time of the image, the typhoon's maximum wind speeds were 105 knots (195 kilometers or 120 miles per hour). The storm is expected to bring potentially dangerous storm-amplified tides, flooding, and landslides to Southern Honshu, as well as the Kinki, Shikoku, Chugoku and Kyushu regions.