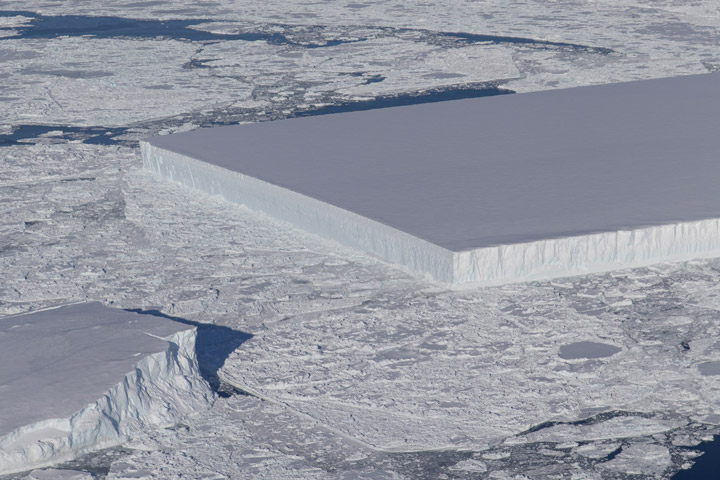 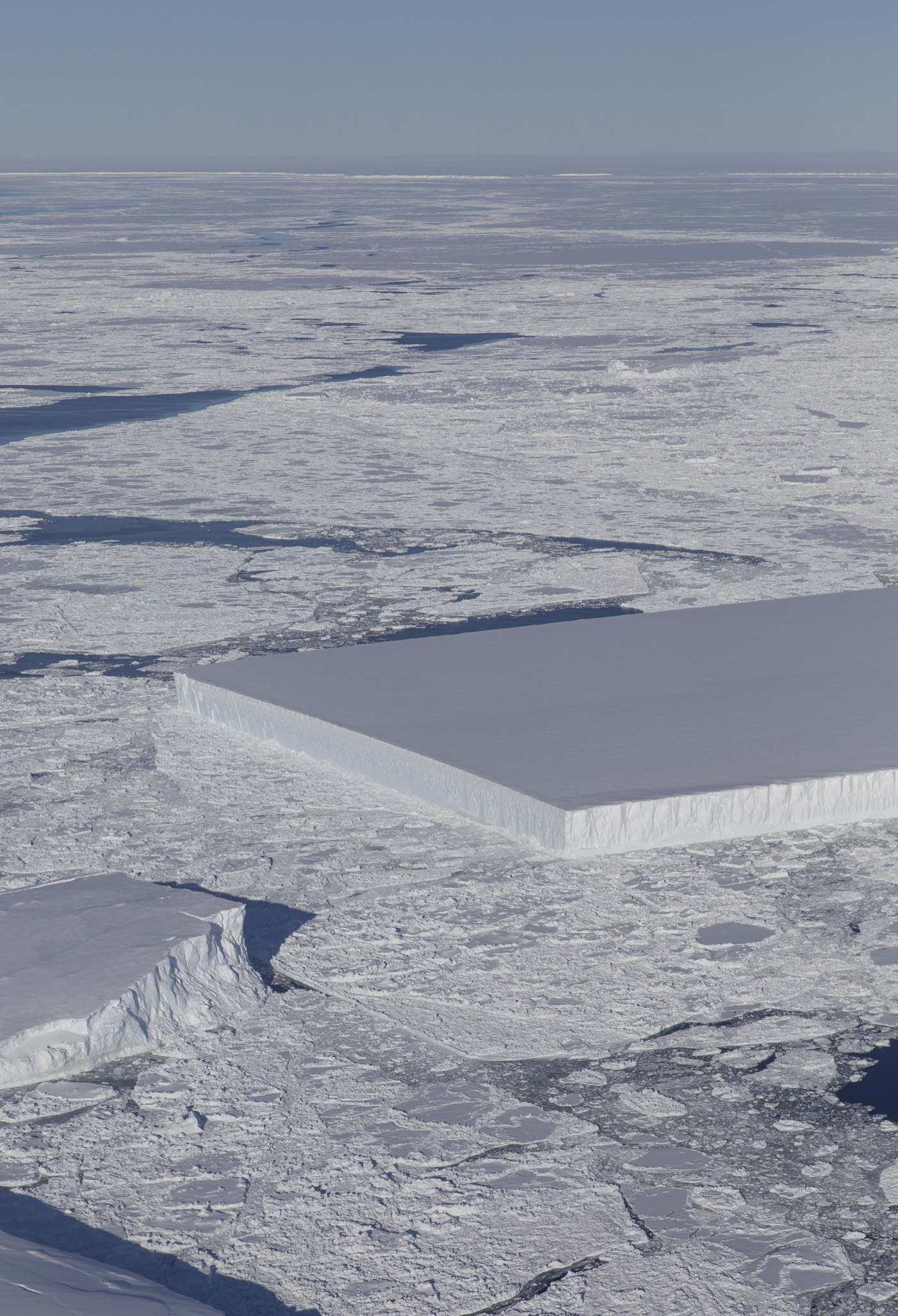 A Neat Slice of Ice in Antarctica

NASA’s Operation IceBridge—the airborne mission flown annually over both polar regions—is in its tenth year making flights over Antarctica. On October 16, 2018, researchers flew over the Antarctic Peninsula to monitor changes to the glaciers along the peninsula’s coast.

That’s when Jeremy Harbeck, a sea ice scientist from NASA’s Goddard Space Flight Center, snapped this photograph of an unusually angular iceberg floating amid sea ice just off of the Larsen C ice shelf. NASA ICE wrote on twitter: “The iceberg’s sharp angles and flat surface indicate that it probably recently calved from the ice shelf.”

The iceberg is in the vicinity of the much larger iceberg A-68A, which broke from the ice shelf in July 2017. Since then, A-68A has been repeatedly smashed against Bawden ice rise, an ice-covered rock outcrop near the edge of the Larsen C ice shelf. Such a collision of a huge, movable mass (iceberg) smashing into an immovable object (ice rise) can cause pieces of ice to splinter off into clean-cut geometric pieces. This particular trapezoidal piece is about 900 meters wide and 1500 meters long.