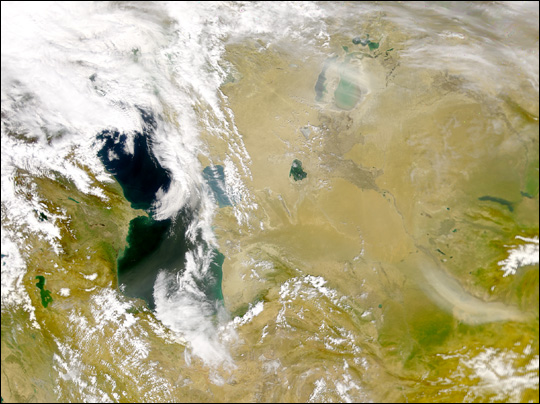 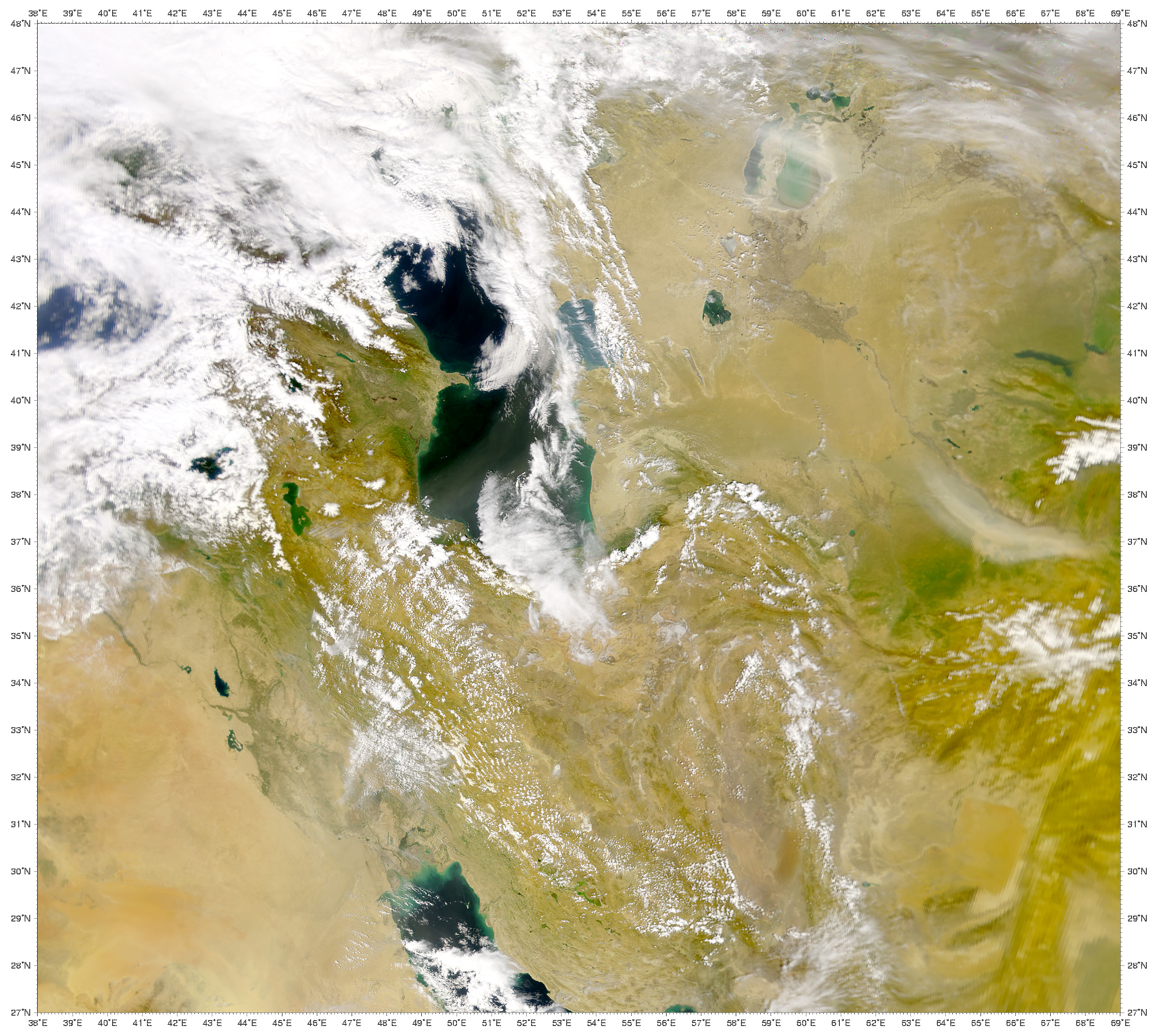 Dust over Much of Western Asia

This is a true-color SeaWiFS view of the Middle East and Western Asia showing several dust plumes being blown by stiff winds on March 27, 2002. The most noticeable plumes are at the border between Afghanistan and Turkmenistan border and around what is left of the Aral Sea. The whiter color of the plumes there suggests that they probably contain evaporites from the dried up sea bed. A band of dust or other aerosol is also visible across the southern end of the Caspian Sea in this scene.