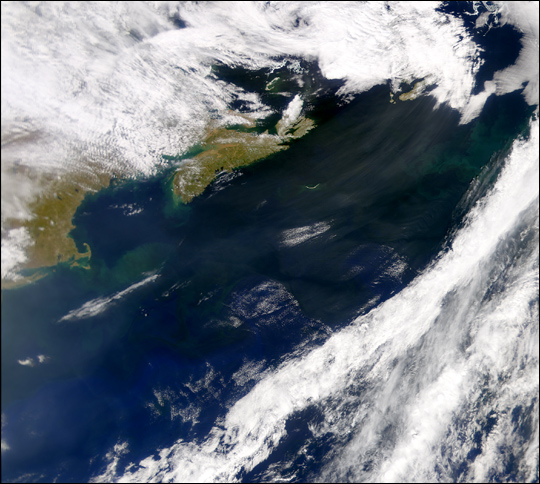 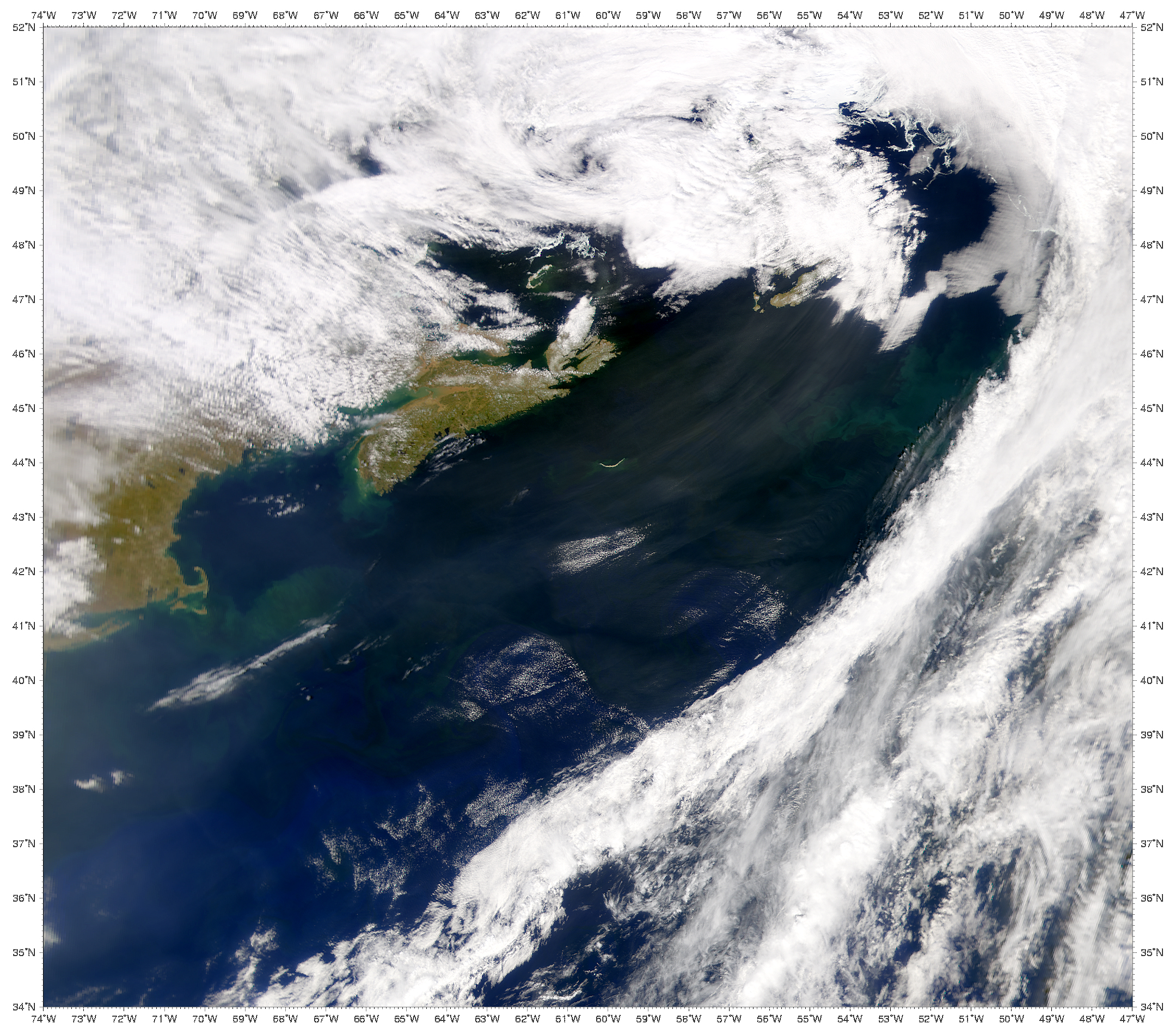 There was an extra heavy concentration of aerosol visible in this true-color Sea-viewing Wide Field-of-view Sensor (SeaWiFS) image of the North Atlantic Ocean off the coast of the Canadian Maritimes. This scene was acquired on April 2, 2002. It is unclear where this dust came from; it could possibly have originated from the large Asian dust storm or perhaps from the African Sahara. (Last year, dust from Asia was observed to make it to this same region.)

Beneath the haze, the greener waters of Georges Bank (east of Cape Cod) and of the Grand Banks (southeast of the Island of Newfoundland) stand out against the surrounding dark blue ocean water.