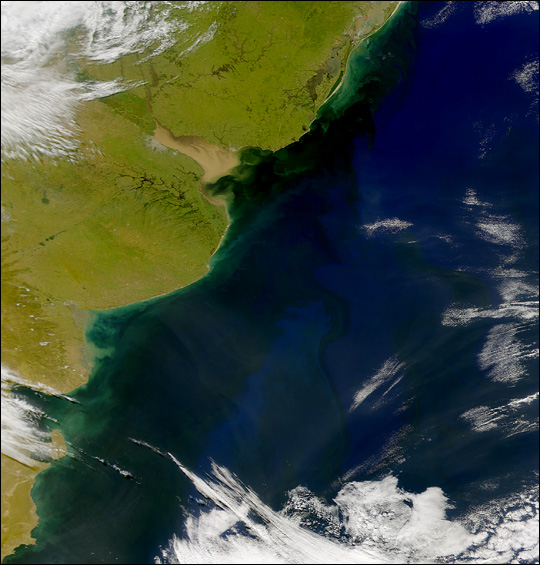 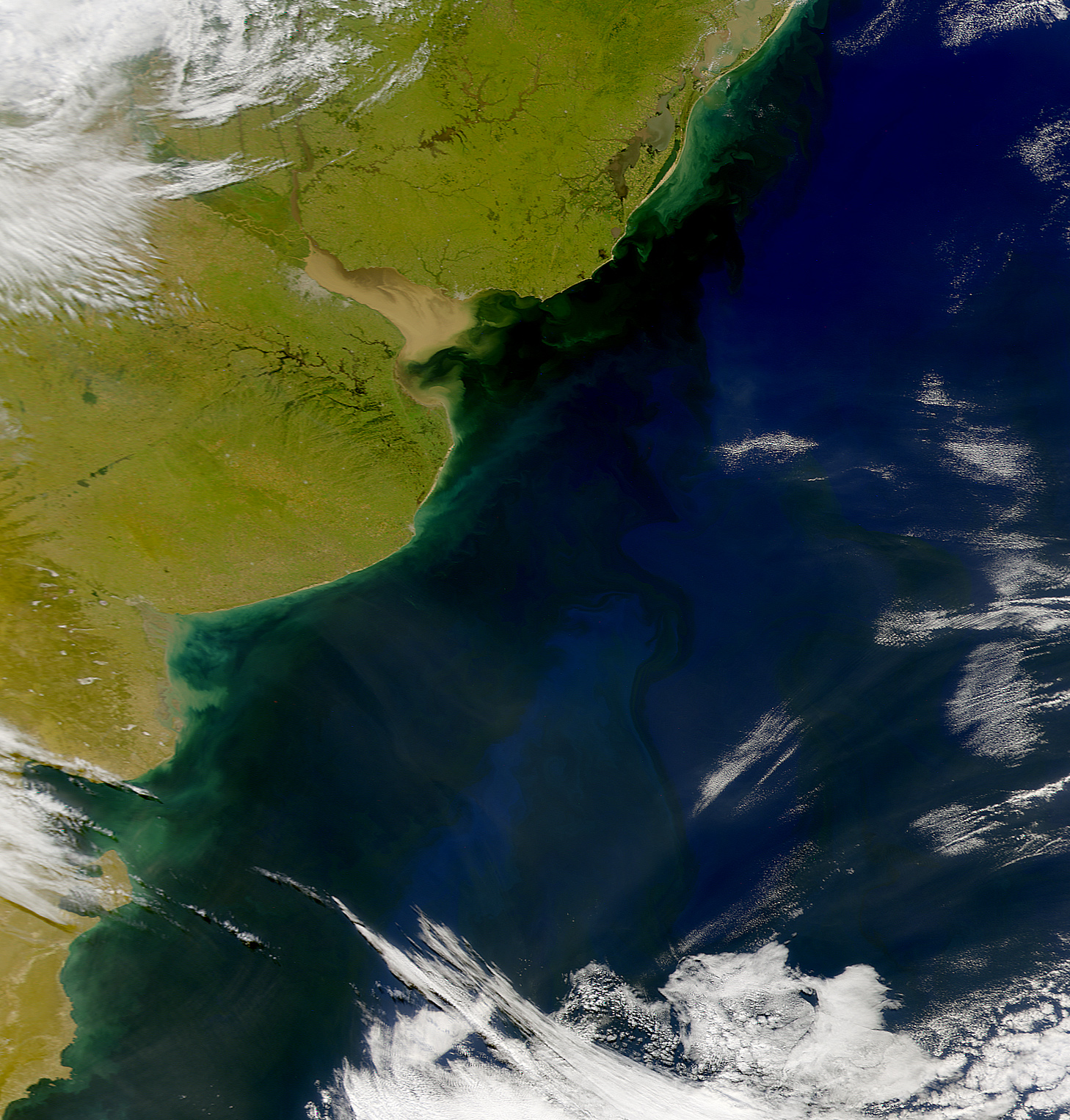 On April 28, 2002, the Sea-viewing Wide Field-of-view Sensor (SeaWiFS) captured this image of very bright, sediment-laden water in the Rio de la Plata of South America. Along the coast to the northwest, however, very little light was reflected back to the orbiting sensor. It is not clear what is causing this large, very dark patch of water. Perhaps a phytoplankton bloom being fed by high-nutrient runoff was responsible for absorbing much of the solar radiation that was not absorbed by the water itself.

The metropolitan area of Buenos Aires, Argentina, is readily visible as a large gray splotch just below the western end of the Rio de la Plata estuary. Other smaller splotches mark cities such as La Plata (just southeast of Buenos Aires) and Montevideo (on the northern side of the estuary).